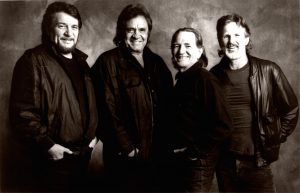 Examples of some of the most recent rock supergroups:

Velvet Revolver – From 2004 to 2008, Velvet Revolver consisted of Scott Weiland (Stone Temple Pilots), former Guns N’ Roses members Slash, Duff McKagan, and Matt Sorum, and Wasted Youth’s Dave Kushner. To this day, that band is still one the hardest-rocking group of people I’d ever seen live. During their tenure, they released Contraband and Libertad, toured with Alice in Chains, and won the 2005 Grammy Award for Best Hard Rock Performance for “Slither.” But by November 2008, at the band’s request, RCA Records released them from their contract.

Them Crooked Vultures – Formed in Los Angeles in 2009, the band was made up of Led Zeppelin’s John Paul Jones on bass and keyboards, Dave Grohl (Foo Fighters and Nirvana) on drums, and Josh Homme (Queens of the Stone Age, Eagles of Death Metal, and Kyuss) on guitar and vocals. They released one self-titled album in November 2009 and toured through 2010.

Hollywood Vampires – Since 2015, Alice Cooper, Aerosmith’s Joe Perry, and actor Johnny Depp have been playing music together and I can’t get enough of their songs! Named for the drinking club comprised of 1970s famous male rock stars like John Lennon, Ringo Starr and Keith Moon, the Hollywood Vampires released their self-titled debut studio album on September 11, 2015 that features raw guitars and Cooper’s unmistakable voice. https://lauralieff.com/the-best-rock-roll-cover-band-ever/

Prophets of Rage – Started earlier this year, the group includes Rage Against the Machine’s rhythm section which consists of bassist and backing vocalist Tim Commerford, guitarist Tom Morello, and drummer Brad Wilk, along with Public Enemy’s Chuck D and DJ Lord and Cypress Hill’s B-Real. Look for their first EP which is slated for release on August 26. 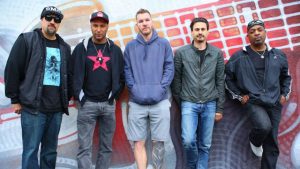 Yesterday Rolling Stone announced the newest supergroup to emerge: jazz-rock supergroup Mega Nova which consists of legendary guitarist Carlos Santana, renowned keyboardist Herbie Hancock, saxophonist Wayne Shorter, bassist Marcus Miller, and drummer Cindy Blackman Santana (wife of Carlos). Named for Shorter’s 1969 solo album Super Nova, the band will make its debut at the famous Hollywood Bowl on August 24. But that show won’t mark the first time these musicians have shared a stage. Santana and Shorter toured together in 1988, Shorter and Hancock collaborated with Santana at the Montreux Jazz Festival in 2004, and Miller and Blackman Santana were supporting musicians for the Hancock-led event, “Celebrating Peace,” at the Hollywood Bowl in 2012.

While supergroups have been extremely popular over the last few years, they are nothing new.    Comprised of Johnny Cash, Waylon Jennings, Willie Nelson, and Kris Kristofferson, The Highwaymen were a country music supergroup that featured four of the biggest outlaw country legends in the history of music. Active between 1985 and 1995, those four artists recorded three major label albums and produced three chart singles, including the number one “Highwayman” in 1985. From 1988 to 1990, The Traveling Wilburys included Bob Dylan, George Harrison, Jeff Lynne, Roy Orbison, and Tom Petty. But even before all of that was Cream – a band that is credited for being the very first supergroup in rock. Lasting three years (1966 to 1969) with four albums released, Eric Clapton, Jack Bruce, and Ginger Baker made a huge contribution to rock, especially with their album Wheels of Fire (1968), which was the world’s first platinum-selling double album.

I’m looking forward to hearing music from Mega Nova (even though that name is ridiculous) and the Prophets of Rage EP. Music legends getting together to play and record new songs is nothing if not exciting!