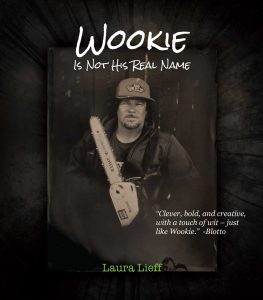 Most people know Brian “Wookie” Fleming as a professional snowboarder and longtime Vail Valley local who created the most notorious invite-only snowboard event in Colorado history. But there is much more to his story.

Following a career-ending injury, after which he was told he would never walk again, Wookie endured severe physical, mental, and emotional lows that changed the trajectory of his life. Exemplifying his strength and determination, he pushed through to make it back on his feet and back on a board.

I started writing this book in the summer of 2014 because I was inspired by what people did for Wookie when his season pass was suspended. It was exciting to see our community, along with people from all over the country, extend to him such abundant and unwavering support after he was there for them for so many years in a variety of capacities.

My hope is that those who graciously take the time to read about him enjoy gaining insight into the local guy who continues to make an impact on everyone he comes in contact with, who became the unofficial ambassador of Beaver Creek, and who changed my life.

Wookie Is Not His Real Name is available at the following locations: