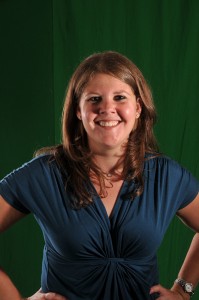 Born and raised in Miami, Florida, Laura Lieff grew up in the music business. Her family founded and operated a chain of record stores in Florida for 50 years and music has always played an important role in her life. Laura moved to Colorado in 2002 to attend the University of Colorado at Boulder, where she earned her BA in English. While at CU, she wrote for two newspapers, a publicity company, and a band booking agency.

At the age of 23, Laura became a professional writer when she moved to Denver and began working as a reporter for the Glendale Cherry Creek Chronicle. Over the years she was promoted to Content Editor and then to Executive Editor. After seven years, she resigned from the Chronicle and moved to the Vail Valley where she runs her own business, Lieff Ink, which offers freelance writing, editing, and PR for a variety of people and companies.

In addition to working diligently for her Lieff Ink clients, Laura is a writing tutor and substitute teacher at Colorado Mountain College. She also substitute teaches and is a College Essay Consultant at Vail Mountain School. On Friday nights, she hosts a radio show called Bite the Bullet on 107.9 Radio Free Minturn. She published her first book, Wookie Is Not His Real Name, in February 2021.

Affiliations:
Ambassador for the Glendale Chamber of Commerce
Member of the Colorado Press Association
Member of the Denver Press Club