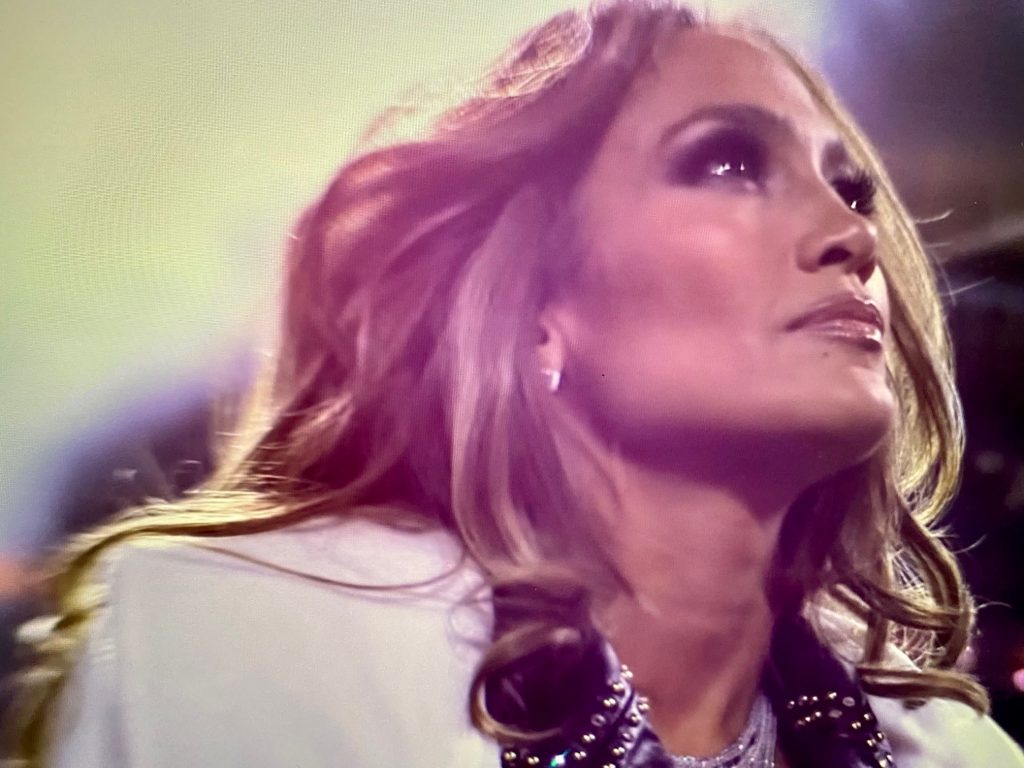 Jennifer Lopez has grown on me over the years. I was in high school when she released her first album (On the 6) and I remember thinking that similar to Janet Jackson, Britney Spears, and Madonna, she was better at dancing than singing. But I’m also very selective when it comes to pop music.

Throughout the next few years, Lopez became more of a tabloid fixture than a serious artist with her famous Versace dress (which apparently launched Google Images) and her multiple engagements and marriages garnering more attention than her work. But then in 2001 she became the first woman to have a number one album (J.Lo) and movie (The Wedding Planner) in the same week. After that history-making year, the public started giving credit where credit was due, but only to a degree. Lopez still suffered her share of negative press and inappropriate comments – more on that in a minute.

Fast forward to 2019: Lopez turns 50, makes the movie of her career (Hustlers), and is invited to co-headline the Super Bowl halftime show. Although the film delves into her childhood (she blatantly says that although she has a good relationship with her parents, her mom “beat the shit out of” her and her two sisters), her rise to stardom, and all the trials and tribulations she has experienced, those three big 2019 milestones is what Halftime is really about.

In February 2019, I wrote about the fabulousness and ferocity of the Super Bowl halftime show and how Lopez and Shakira lit up Miami:

Three years later, it’s interesting to see and hear the backstory of how that performance came about –including the fact that Lopez thought, because of time restrictions, it was the worst idea in the world to have co-headliners.

While Lopez’s brand is carefully curated, there are some very real moments that happen over the course of the one hour and 35-minute film including her arguing with the Super Bowl Halftime producer about timing, stage props, and why she refused to make set changes the day before the event. Watching what it takes to get ready for a show like that is eye-opening and Lopez makes sure the viewer sees how much work she puts in (physically, mentally, and emotionally) to her performances. At the same time, seeing her constantly carrying around a bedazzled/blinged out/bejeweled tumbler feeds the eye-roll celebrity aspect of her image.

But Lopez is full of juxtapositions so it’s no surprise that her documentary is as well. For example, in one segment she’s sweetly talking to her two kids and in the next she’s explaining to her backup dancers why they need to be on point at all times and how, even though she is hard to get to know (“It takes a while to warm up to me”), she appreciates their hard work. And that’s exactly how she wants to be seen – a loving mother, tough boss, global icon, and talented entertainer – all while being a Latin woman working in an unfair industry.

Although Halftime is the second music-related documentary I have watched in a one-week period, I did not expect to be writing about Machine Gun Kelly and Jennifer Lopez in the same sentence. But here we go. Similar to Machine Gun Kelly’s Life in Pink, Halftime uses negative press to make a point and specific timeframes to tell their respective stories. Both tactics are successful because a) there’s nothing like proving haters wrong and b) less is more. Also, a running theme in both documentaries is that MGK and Lopez just want to be taken seriously. They want to be seen as artists who work hard every day to perfect their shows, record their music, and shoot their films.

Going back to the inappropriate comments – the film was a harsh call back of the terrible things people said to and about Lopez in the early 2000s. South Park did a number on her and the Access Hollywood footage of Billy Bush asking her “How do you feel about your butt?” is awful. That kind of bullshit question wouldn’t fly today but it functions an important reminder about what used to fly in 2002. I’m sure Spears and Lopez could swap stories for days about the absurd questions they’ve been asked but the difference, sadly, is that Lopez is stronger that Spears. Tough as nails. And, as we all know, the damage the media did on Spears almost killed her.

If you’re a Jennifer Lopez fan, the movie is definitely worth watching. For those who think she’s more celebrity than artist, Halftime may offer a new perspective. Either way, the documentary makes it clear that Lopez is not the same person/artist/actress she was 20 years ago. But she also wants viewers to know that she will always be Jenny from the block.