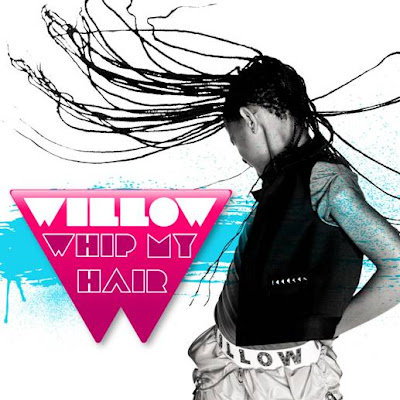 Have you seen the new Willow Smith video? Oh I’m sorry…you don’t know who Willow Smith is? Neither did I until recently so I’ll tell you what I’ve learned: She’s the daughter of Will Smith and Jada Pinkett Smith which pretty much makes her pop/rap/hip- hop royalty. She’s also 10 years old and has a new single called “Whip My Hair” which is equally ridiculous and genius. While everyone in the English-speaking world knows who her parents are, that same world was just recently introduced to the youngest Smith spawn who, barely in double digits, has signed with Jay-Z’s record label Roc Nation.

When I initially sat down to watch Willow’s first music video I was skeptical. I thought to myself: How could a 10-year-old not only be the latest Jay-Z protégé but also the seemingly youngest person in recent memory with a record deal? Well, here’s the story. While Willow does have some skills they are minimized by the constant repetition of the phrase “whip my hair” and the way too many close ups of our little lady’s cute face. When she has a chance to sing/rap she is actually very good –shocking because of her age but not shocking because of her roots.

The video is in visual overdrive as it starts in “boring” black and white and then moves into color with the help of our young heroine decked out in bright colored rings, makeup and attire. While the video is visually pleasing it is also very predictable which I’m sure has more to do with her parents’ producer friends and less to do with her personal decisions. Is she even old enough to make personal decisions?

At the same time, this is an exciting debut for a girl who technically should still be in elementary school. She is confident, fun and actually has a great voice. The big question is whether or not Willow will be able to shake the child-star blues in a few years. My guess is yes but who knows where the music industry will be at that point. Even though the Smith spawn has a lot to learn she has definitely made her mark on the game.