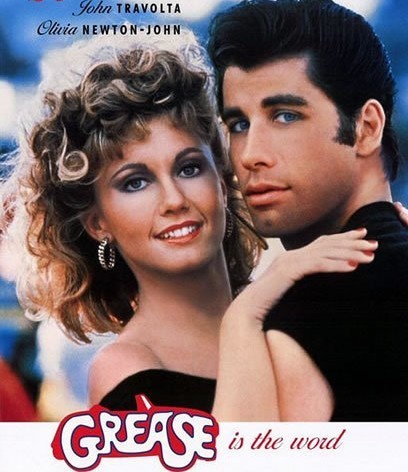 When you think of summer movies you might initially think of blockbuster flicks like Armageddon or Transformers, or maybe even Independence Day. But if you think really hard about the quintessential summer movie a little musical from 1978 called Grease might come to mind. Starring John Travolta, Olivia Newton-John, Stockard Channing and Jeff Conaway, Grease is a timeless story about two high school kids who fall for each other over the summer only to end up back at the same school without knowing it. Danny and Sandy fall into two completely crowds and the fun begins.

So why is this movie so adored by everyone who watches it? The story has all kinds of cheesy lines and it seems like people break into song every few seconds but it’s still a classic. Maybe it’s because the songs are actually good (although I always fast forward through “Hopelessly Devoted To You”) or maybe it’s because John Travolta is incredibly talented or maybe it’s the chemistry between Travolta and Newton-John that makes it so irresistible.

Apparently it’s not just a fan favorite because according to the critics, the movie was a hit. It received five Golden Globe Award nominations in 1979. It was the highest grossing movie of 1978 and the highest-grossing movie musical at the time, surpassing 1965’s The Sound of Music.

The movie’s soundtrack was a number one album in many different countries. The song “You’re The One That I Want” was released as a single prior to the film’s release and became an immediate chart-topper. Regardless of my thoughts on the song, “Hopelessly Devoted to You” was nominated for an Academy Award (1979) for Best Music – Original Song. The movie’s title song was also a number-one smash hit single for Frankie Valli.

Despite the critical acclaim I’m still trying to figure out what makes Grease so good. Maybe it’s because it’s relatable on many levels to all kinds of people. Those who grew up in the 1950s and the 1970s feel the nostalgia, people who love music can sing along to favorites like “Greased Lighting” and “Summer Nights,” and anyone who ever experienced high school knows how important cars, booze and your reputation are when your 18 and under.

This summer Grease is hitting theatres again and I think the masses will pay to see the movie that has held up over three decades. If it’s playing in your city or town I’d recommend going, especially if you have any old school drive-in theatres that are still functioning. During one scene in particular you might feel like you have a starring role.