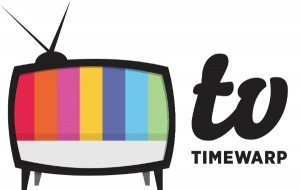 While using flashbacks as a storytelling method on television is nothing new (i.e. The Wonder Years – the whole show is a flashback to the 1960s with a modern narrator recalling his youth) these days flashbacks are being used more often and much more strategically. Flashbacks are useful because everyone likes a good back story especially after you’ve gotten to know the characters during present day. It’s fun to learn how they got where they are, what they did to get there, who they were before, what happened to them to make them who they are now, etc.

That being said there is a difference between having a flashback episode or two and using flashbacks as a main method of storytelling. Both are great methods as long as they are done thoughtfully and creatively.

For example, unless you lived under a rock in the mid-2000s you know that LOST was predominately based on flashbacks (and subsequently flashforwards because the writers were badasses) with many episodes based on one character at a time. A current example of a show that consistently uses flashbacks is Revenge which, instead of focusing one character, focuses on a variety of specific time frames.

Other shows use flashback episodes sporadically which I also think is very effective because a) you don’t see it coming and b) if the writers are smart these episodes are usually aired after you’ve gotten to know the characters really well.

A few examples of flashback episodes that made a mark:

The West Wing: “Two Cathedrals”
Following the death of Mrs. Landingham, this episode included a ton of flashbacks from when President Bartlet was in his late teens/early 20s and had just met Mrs. Landingham. We see what shaped Bartlet and how he and Mrs. Landingham became colleagues and friends even though they were so far apart in age.

Grey’s Anatomy: “Time Has Come Today”
After Denny’s passes away we find Izzie is on the bathroom floor in her “prom” dress while various characters visit her. When each intern visits Izzie we get flashbacks to the first time they all meet each other at a Seattle Grace cocktail party. We also flashback to NYC to the night Derek finds out that Addison cheated on him with Mark Sloan which really fleshes out how big of a deal it was for Derek to move across the country to Seattle.

Scandal: “The Trail”
I’ve just recently started watching this show by catching up online and it’s excellent! In the second to last episode of season one we find out how Olivia and President Grant met on the campaign trail and the how the members of Pope & Associates became the team they are today. No question one of the most enticing episodes so far.

Another flashback method that is mostly used for comedies is the high school, college or 80s flashbacks (i.e. Friends). While those are more fun than strategic I think they function as a good way to shake up a series and do something different. Plus it’s fun to see the characters dressed in crazy outfits with ridiculous hair!

What are your favorite flashback episodes? Which TV shows had/have the best flashback methods?