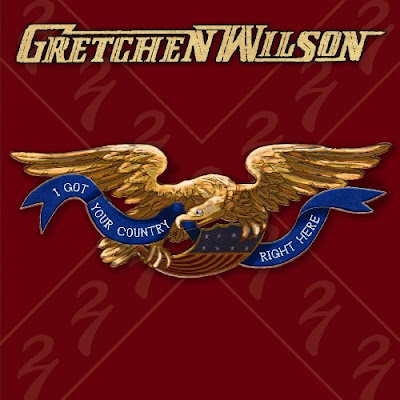 For someone who was winning Grammys while Carrie Underwood was still competing on American Idol, Gretchen Wilson has been strangely under the radar for the last few years. Although there is no question that country music has recently experienced a new wave of popularity, I would argue that Gretchen Wilson was one of the first artists to bring country music back into the limelight.

She made her debut in 2004 with the Grammy Award-winning single “Redneck Woman,” a number-one hit on the Billboard country charts. The song served as the lead-off single of her debut album, Here for the Party. Wilson followed this album one year later with All Jacked Up, the title track of which became the highest-debuting single for a female country artist upon its 2005 release.

On a negative note, Wilson was the victim of one of Kanye West’s first outbursts when he threw a fit after losing to Wilson in the American Music Awards’ Best New Artist category. Although these days Kanye acting like a whiny bitch is par for the course, (see his behavior towards yet another female country artist at the 2010 MTV Video Music Awards) back in 2004 people couldn’t believe that he had the audacity to call Wilson’s music “bullshit.”

Having nothing to do with Kanye, after 2005 Wilson seemed to fall off the planet. Even though she released albums both in 2007 (One Of The Boys) and in March 2010 (I’ve Got Your Country Right Here) we haven’t seen Wilson on TV or anywhere else for a while and I can’t figure out why. Over the last six years Wilson has charted 13 singles on the Billboard country charts, five of which reached the Top Ten: the Number One “Redneck Woman,” as well as “Here for the Party” (#3, 2004), “When I Think About Cheatin’” (#4, 2004), “Homewrecker” (#2, 2005) and “All Jacked Up” (#8, 2005). The album Here for the Party was certified five times Multi-Platinum by the RIAA for sales of five million copies, while All Jacked Up was certified platinum. In just six years, Wilson has sold over six million records worldwide.

So where the hell is she and why aren’t her songs getting airplay? I’ve listened to a few tracks from her latest album, I’ve Got Your Country Right Here, and it’s great stuff. My favorites so far are the title track, along with “Work Hard, Play Harder” and “Outlaws And Renegades.” If you’re a country fan do yourself a favor and listen to a few of her new songs. Carrie Underwood, Miranda Lambert and Taylor Swift may be the most popular female country names out right now (and don’t get me wrong, I think Underwood and Lambert are sensational) but Wilson may be the most badass female country singer out there. Listen to her new album – you won’t be disappointed.