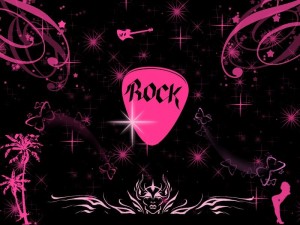 I’m sick of female pop singers.  Where are all the women who rock?

The last decade we have been lucky enough to hear Grace Potter, Amy Winehouse and Adele – but that’s where the list ends.  Where are the women who sing like their lives depend on it?  Who write their own music?  Who maybe play an instrument or two?

If I see one more article written about, photo taken of or performance featuring Katy Perry, Lady Gage or Kesha I am going to lose it.  While I’m well aware that female pop singers are nothing new (i.e. Madonna, Janet Jackson, Mariah Carey, Britney Spears, etc.) I feel like the quality of the songs are getting worse and I feel that the caliber of entertainment is deteriorating.  Instead of being about the music it’s about their outfits (meat, candy) and the gimmicks (brushing one’s teeth with Jack Daniels) and its getting really old.

These pop singers could learn something from the women who wrote words like these:

“Oh Lord, won’t you buy me a night on the town?

I’m counting on you, Lord, please don’t let me down.

Prove that you love me and buy the next round,

Oh Lord, won’t you buy me a night on the town?”

“Your love has set my soul on fire

You taught me the ways of desire

“It’s all so sugarless

She obliterated everything she kissed”