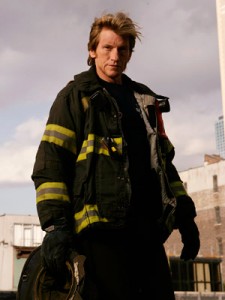 One of the best ways to end a series is to have it come back full circle.  Apparently 2011 is the go-to year to end shows as two of my favorites – Entourage and Rescue Me – ended this month.  While the former ended with a sort-of cliffhanger that was just ok in my opinion, Rescue Me ended the way it started seven years ago: Tommy Gavin giving rookie New York City firefighters a “welcome” speech about what it takes to be part of the FDNY and about the importance of remembering those who died in 9/11.

For some reason those words have been echoing in my head ever since.  But that was part of the brilliance of Rescue Me and specifically Denis Leary’s character.  For every crude, destructive and obnoxious comment or action Gavin delivered, there was something very real and inspirational that came along with it.   Although he was both a hard-ass and a severe alcoholic, Gavin conquered his demons against all odds.  As a result, the audience had no choice but to admire his bravery and ability to move forward in spite of losing those closest to him including his cousin, son, brother and best friend.

Here are a few more television shows that ended their run by coming back full circle:

LOST – Although the ending left a lot of questions unanswered I appreciated it ending right where it began – with Jack alone in the middle of the jungle.

The O.C. – Ryan succeeded regardless of the fact that all odds were against him by getting a great job and helping a kid who needed help just like he did.  Although it was a teen soap, digging a little deeper shows how much Kirsten and Sandy really saved his life and how much Ryan saved them.

Saving Grace – Because Grace was unable to shake her demons and addictions, the writers wisely ended the show by ending Grace’s life which made sense because no one could realistically carry on like she did and survive.

Seinfeld – Our favorite foursome end up in jail after everything they’ve ever done to people comes back around to haunt them in a court room.

While all four of those shows were my favorites over the years I will miss Tommy Gavin and the rest of his crew the most as they provided constant entertainment and drama by portraying a group of people who went through the worst attack to ever occur on United States soil.  I honestly wasn’t sure if Gavin would survive the show after all he endured but there isn’t a character on television who was as brave and ballsy as he was, both on and off the rig.