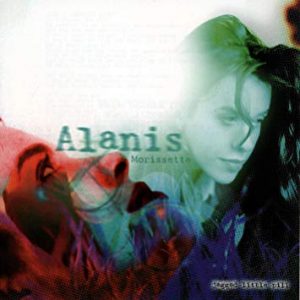 While I don’t usually pay attention to the seemingly never-ending myriad of challenges on Facebook, when it comes to anything having to do with music it’s hard to resist. So when a friend challenged me to posting the covers of ten albums that influenced me over a ten-day period, I was in. Although each album could be posted without an explanation, I decided to write a sentence or two about why each one mattered to me. People’s reactions to the albums and what I wrote were interesting. I didn’t expect to find out how certain albums undoubtedly affected the masses more than others. Here are the top ten things I learned from the Album Challenge:

1) Just because people like an artist, doesn’t mean the entire album resonates with them. Day One featured Jimi Hendrix’s Are You Experienced? which I thought would get more reactions since he is arguably one of the best guitarists of all time. (10 likes, three comments)

3) Some albums are so spectacular they impact people across generations which was definitely true of Day Three’s choice – Fleetwood Mac’s Rumours. (30 likes, seven comments)

4) Though Bon Jovi was big in the 80s, their sound has changed so much over the years I think their fans have significantly dwindled since Slippery When Wet. (Day Four – 11 likes, one comment)

5) Sometimes artists’ personal issues affect fans’ reactions to even their best material. I think Bad exemplifies what makes Michael Jackson the unparalleled King of Pop as its track list reads like a greatest hits record: “Bad,” “The Way You Make Me Feel,” “Man in the Mirror,” “Dirty Diana,” and “Smooth Criminal.” (Day Five – 13 likes, three comments)

6) People don’t always know band backstories – like how AC/DC somehow found a singer that sounded just like the original for my Day Six choice which was Back in Black. (20 likes, two comments) 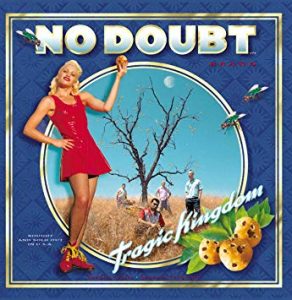 7) Words like “iconic” are used to describe albums that are so monumental even those who aren’t fans of the band or artist have to acknowledge their impact. GNR’s Appetite for Destruction will always fall into the iconic category. Actually, the album probably defined the category. (Day Seven – 31 likes, four comments)

8) Even though Devil’s Got A New Disguiseis a great compilation record, it’s clear that Aerosmith’s fanbase isn’t what it used to be. (Day Seven – Four likes, one comment)