Looking for something to watch, hear, and read? Here are three recommendations that are authentic, well-written examples of the bravery it takes simply to be human.

Watch/DVR: Rise on NBC. While I originally started watching this show because I loved Josh Radnor on How I Met Your Mother, after the pilot it became abundantly clear that Rise was going to be great. Set in a fictional rundown Pennsylvania town, at a high school that focuses on football, the show follows Lou Mazzuchelli (Radnor) – an English teacher who is tired of going through the motions and decides to take on the theatre program. By doing so he angers the longtime theatre program director Tracey Wolfe played by Rosie Perez.

Although I’m not a Perez fan, (her voice grates on my ears whenever I watch White Men Can’t Jump), her character’s love of and patience with her students is remarkable. And she is clearly the yin to Radnor’s yang because while he wants to shake things up and make artistry the priority, she is concerned with funding and keeping her job. As far as the students go, the acting and singing is incredible. These kids do an amazing job depicting what it’s like living in a small town that breeds serious issues regarding pregnancy, alcoholism, mortality, sexuality, and the foster care system with grace and compassion. Rather than feeling like an after-school special, the superb acting makes the audience care about these teenagers who are doing everything they can to get out of the town they were born in. 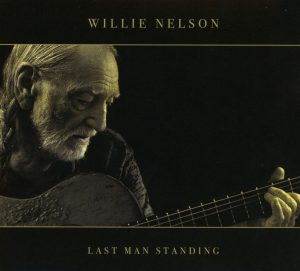 but after learning more about his background from reading his book, the hilariously titled Roll Me Up and Smoke Me When I Die, I couldn’t wait for his next album. Not surprisingly, Last Man Standing is the perfect blend of outlaw country, jangling guitars, and stories from a legend who has spent time on the road, in jail, and raising a huge musical family. While Nelson is clearly in a class by himself, and has more than enough to say about the storied life he’s lived, the fact that he has been releasing albums for over four decades still amazes me.

My favorite songs so far are “Ready to Roar” and “I Ain’t Got Nothing” – even at 85 years old his voice is stellar and somehow his clever lyrics about being ready to drink on a Friday night after working hard all week and getting thrown in jail are still believable. He’s also able to make a song (“Last Man Standing”) about a somber topic sound like something to celebrate. He talks about Ray Charles, Merle Haggard, and Waylon Jennings passing away while he’s still around making music. As he sings “I don’t wanna be the last man standin’/On second thought maybe I do” it’s clear that his longevity is not an accident. 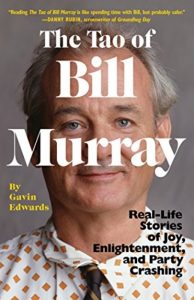 Read: The Tao of Bill Murray by Gavin Edwards. Who isn’t a fan of Bill Murray? He’s the guy who gets into a taxi, learns that the driver is a musician who happens to have his saxophone in the trunk of the car, and then gets out the backseat and into the driver’s seat because he wants to hear the guy play his instrument. That happened in Oakland, California in 2014 and when I heard that story I decided that Murray was someone I wanted to hang out with. Since I haven’t been able to do that, I did the next best thing and began reading The Tao of Bill Murray which was written by one of my favorite Rolling Stone writers.

Known for making surprise appearances in places no one would ever thought he’d be, Murray is described as someone who is “secretly teaching us how to live.” I don’t want to give too much away, because so far the book is fantastic and I’m learning a lot, but readers will get a kick out of “The Ten Principles of Bill” that include “Invite yourself to the party,” “Music makes the people come together,” and “Be persistent, be persistent, be persistent.” I’m lucky that I have a few people in my life who, like Murray, are naturally talented, out-of-the-box thinkers so it’s even more fun to read about a guy who could be huge a jerk but decided to be someone who uses his talent for good instead of evil.