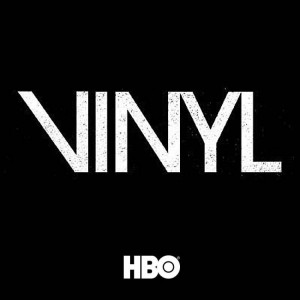 A few days ago I was watching HBO and a trailer came on about a show I had never heard of before. It started with this thick, New York-accent voiceover:

“Think back to the first time you heard a song that made the hairs on the back of your neck stand up, made you want to dance, or go out and kick somebody’s ass; that’s what I’m talking about.”

The next minute was a non-stop montage of guitars, 70s clothes and hair, scenes from record label meetings, people doing drugs, pulling guns, dancing, and singing.

Then the voiceover comes back to close out the trailer: “That’s rock and roll: It’s fast, it’s dirty, it smashes you over the head!”

I thought to myself, What the hell is this?! It’s Vinyl and it’s coming to HBO in January 2016.

Created by Martin Scorsese (the man behind every gangster movie you can think of right now), Mick Jagger (the notorious lead singer of the Rolling Stones), and Terence Winter (the man who wrote Boardwalk Empire, The Sopranos and The Wolf of Wall Street), Vinyl is set in 1970s New York and the first season is slated to run for 10 episodes. According to HBO.com, the show will be “a ride through the sex- and drug-addled music business at the dawn of punk, disco, and hip-hop, the show is seen through the eyes of a record label president…who is trying to save his company and his soul without destroying everyone in his path.” If that doesn’t sound fun you’re not a rock and roll fan!

After the disappointment of the second season of True Detective, I’m hoping that this new HBO show is as exciting as the trailer makes it look. I’m setting my DVR right now…