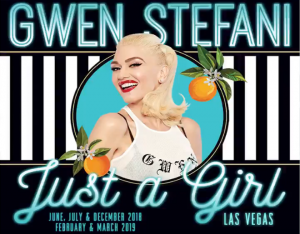 While Las Vegas isn’t necessarily everyone’s favorite travel destination, it is becoming a destination for pop music fans. With colorful stages and a lineup of artists that are known to bring the glitz, Sin City has a built-in reputation for raucous that welcomes high-profile singers. Although Vegas concert residencies are nothing new – they were established by Liberace in the 1940s and Frank Sinatra and the Rat Pack in the 1950s – the last few years have seen a surge in prominent entertainers making the switch from the road to Vegas.

In 2003, Celine Dion’s A New Day…residency premiered and launched a new kind of concert event that combined song, art, and technology. Although Dion was originally contracted for three years, due to the residency’s success, her show went on for five years. Over the course of her contract, she earned $100 million, plus 50 percent of the profits during the three-year contract. A New Day… is still the most successful residency of all time, grossing over $385 million and drawing nearly three million people to 717 shows. Additionally, her innovative show is credited for revitalizing Las Vegas residencies, which became known as a place where singers went when their careers were deteriorating.

Another example of Vegas residency success was Britney Spears’ tenure at Planet Hollywood Resort & Casino. Britney: Piece of Me opened in December 2013 and concluded on New Year’s Eve 2017 after 250 performances. Her show was named “Best of Las Vegas” in 2015 and 2017 and, with over $100 million in ticket sales and more than 700,000 tickets sold, is the third most profitable residency show in Las Vegas, after Dion and Elton John.

The most recent singer to secure a Vegas residency is Gwen Stefani who announced last week that her 25-date show, Gwen Stefani – I’m Just a Girl, will also take place at Planet Hollywood Resort & Casino. Debuting on June 27, the dates are scattered through the end of June and throughout the month of July. More dates continue during the last week of December, she has one date in February 2019, and then several in March 2019. Tickets went on sale last Friday and I’m curious to find out how well they sell. Though Stefani has become a huge solo artist and a recognized brand, it will be interesting to see how her old school No Doubt fans react to the glam that Vegas shows entice.

I assume that the pop singers who are accustomed to having enormous stage sets, multiple costume changes, and complex light shows on their tours are perfect for Sin City but I wonder if there is a downside to residencies. I’ve heard that these artists move to Vegas for a short time, rent a house, and hang out in between gigs which is probably a lot easier than constantly jumping on airplanes or tour buses. Based on the numbers generated by Dion and Spears, residences are clearly lucrative because instead of going on tour, their fans come to them. In terms of scheduling, they know where they are going to be and what they will be doing for at least the next year or so depending on the success of the residency. But once an artist does Vegas do they have to stay in Vegas? Do artists do well on the road after something like that? Singers like Lady Gaga usually have sold out tours without the help of Vegas but others like the Backstreet Boys and Jennifer Lopez may need the wattage Sin City provides.

Best of luck to Gwen! I hope your show is a success and that Blake Shelton doesn’t miss you too much on The Voice!