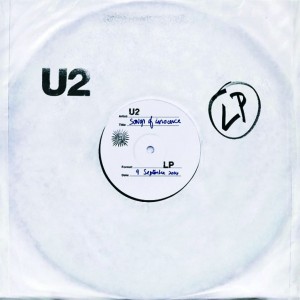 It all started back in October 2007 when Radiohead decided to self-release In Rainbows as a download and told the world to pay what they thought it was worth. Next, during the last week of 2007, most countries saw the standard CD release followed by North America on January 1, 2008. In Rainbows was Radiohead’s first release after the end of their contract with EMI and the end of the longest gap between studio albums in their career. To say that this unprecedented move was a risk is an understatement but it paid off because upon its retail release In Rainbows entered the UK Albums Chart and the US Billboard 200 at number one. By October 2008, it had sold more than three million copies worldwide in both digital and physical formats. The album went on to earn widespread critical acclaim and was ranked as one of the best albums of 2007 by several publications. In 2009, it won two Grammy Awards for Best Alternative Music Album and Best Special Limited Edition Package.

In December 2013, Beyoncé shocked everyone in the music industry when she dropped a digital release of her fifth album Beyoncé without prior announcement or promotion. Her surprise move caused such a ruckus that it generated over 1.2 million tweets in 12 hours and unparalleled high praise from fans and the industry. One of my favorite writers, Rob Sheffield of Rolling Stone, said: “Beyoncé has delivered countless surprises in her 15 years on top of the music world, but she’s never dropped a bombshell like this. The Queen Bey woke the world in the midnight hour with a surprise ‘visual album’ – 14 new songs, 17 videos, dropped via iTunes with no warning. The whole project is a celebration of the Beyoncé Philosophy, which basically boils down to the fact that Beyoncé can do anything the hell she wants to.”

And that’s exactly right. When you put out quality music on your own terms the public will most likely respond well. Like In Rainbows, Beyoncé was a huge success as it debuted at number one on the Billboard 200, giving Beyoncé her fifth consecutive number one album, and sold 828,773 copies worldwide in three days, becoming the fastest-selling album in iTunes Store history. It spawned five singles and has sold 3.36 million units worldwide.

The latest unconventional move by a popular band/artist occurred last week when U2 announced and released their new album Songs of Innocence on iTunes for free for all iTunes users. I’m not even a U2 fan but poof! There it is in my library. Unfortunately for Apple and U2, this stunt has not been as well-received as the innovations by Radiohead and Beyoncé. Why? Because Apple pretty much pulled a Big Brother by inserting themselves and U2 into people’s music libraries without permission. Although it was meant to be a “gift” to all of Apple’s iTunes customers (500 million total worldwide) people didn’t appreciate the intrusion. Instead, what was supposed to be the “biggest album launch in history” has generated so many complaints that Apple had to figure out a quick method for people to delete the album if they don’t want it. Users are reminded that erasing the album means it will no longer show up in their “purchases” tab so if they want to re-download they will have to purchase it using their own dime. Additionally, Songs of Innocence will remain free until October 13 but after that, the album must be bought the regular way.

So what have we learned from these three very different but equally splashy promotions? While the public appreciates quality music from popular artists, they don’t want to feel like their right to choose has been taken away. Why didn’t U2 and Apple just create a button on iTunes that said something like “A U2 gift from us to you!” and let people decide to download the album on their own. That violation of free will, as ridiculous as it may sound to some, is important. Radiohead allowed fans to choose their own adventure by deciding how much the music was worth to them. Beyoncé simply decided to show everyone that this is her planet (and Jay-Z’s) and we just work here. Unfortunately U2’s gift felt more like we were getting music jammed down our throats and we had absolutely no choice in the matter. As a result, the band and the biggest company in the world are facing backlash rather than a celebration and it’s completely their fault.