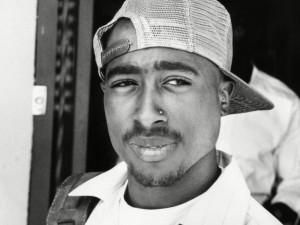 On June 25, 2013 I wrote about Tupac Shakur making posthumous headlines when the announcement was made about his music being featured in an upcoming musical called Holler if Ya Hear Me. Produced by Shakur’s mother, Afeni Shakur, the musical was an original story about two childhood friends in a fictional Midwestern industrial city struggling to achieve their dreams in the face of tough circumstances. Unfortunately, the musical closed after only 55 performances because, as predicted, Broadway didn’t exactly welcome “gangster rap” with open arms – especially when the music is based on such a controversial figure. Hopefully the negative reception won’t close the door on hip-hop music on Broadway. In fact maybe Broadway should bring in Jay-Z and Beyoncé to bridge the gap between the theatre geeks and the gangsters. Just a thought.

In the meantime, the Tupac estate is slated to reveal more previously unreleased recordings which are surfacing because a new company, Jampol Artist Management (JAM, Inc.), has begun handling the late rapper’s estate. Afeni has been working with the company since 2013 and has given the company access to everything in her collection which apparently includes the rapper’ s unreleased and released music, remixes, original demos, writings, scripts, plans, video treatments and poems.

Although fans are always curious and excited to have access to “new material,” JAM, Inc. is handling more than just the unreleased material. Instead the company plans to completely revamp the Shakur estate with the first step coming in the form of a recent Powerade commercial that features Shakur reciting the “rose that grew from concrete” line from his song “Mama’s Just A Little Girl.” The commercial is only a minute long but it definitely gets its message across: https://www.youtube.com/watch?v=vayTF-j0D2s

Seven posthumous albums and almost 20 years later, Tupac is clearly still relevant so it will be interesting to see if the new music resonates. In the meantime, catch up on some of his posthumous material: