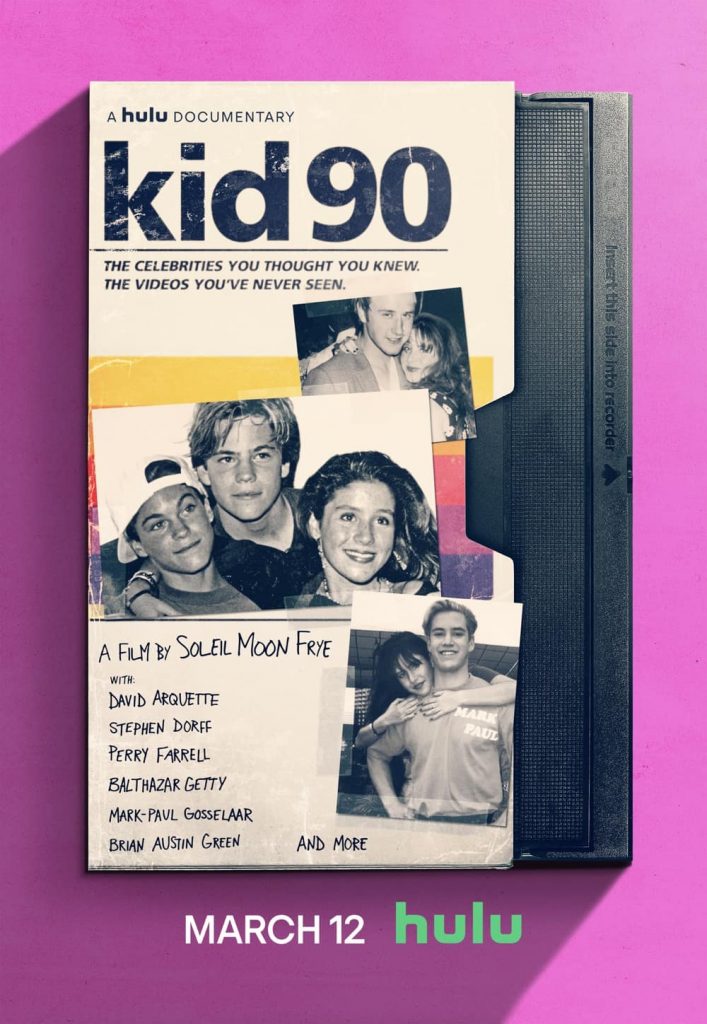 As someone who watched VH1’s Behind the Music religiously, it’s no surprise that I enjoy documentaries about music, movies, television, and anything pop culture. Although I watched Punky Brewster, I knew very little about Soleil Moon Frye (that name still sounds made up to me) until watching Kid 90 on Hulu.

Apparently, Frye carried a camcorder with her everywhere she and her friends went and then locked all the footage away until now. I find it interesting that she didn’t want to delve into her past – why now? – but she and others who are interviewed make an excellent point about how much has changed with the internet. Back then, photos and footage were not in any danger of showing up on social media or being sent to someone else’s cell phone because none of that existed. Everything filmed is just Frye and her friends hanging out, partying, and doing what teenagers in Hollywood did – whatever they wanted.

So here is what I learned. Spoilers ahead!

10) She had a crew of famous friends including David Arquette, Balthazar Getty, Brian Austin Green, Stephen Dorff, Mark-Paul Gosselaar, and Danny Boy O’Connor (House of Pain) who all appear and are interviewed in the film.

9) Similar to me always having a camera in my hand or backpack when I was in high school, she brought a video camera with her everywhere.

7) Footage and answering machine messages (remember those days?) of additional famous friends including Sara Gilbert (Roseanne), Leonardo DiCaprio, Mark Wahlberg, Corey Feldman, Michael Rapaport, and Jonathan Brandis (who passed away in 2003) appear as well. While she looks back on most of it with nostalgia, other parts evoke sadness and guilt.

6) She was on the cover of People magazine when she told the world she got a breast reduction in the hopes of changing the way people treated her.

5) Teenage actors in the 1990s were seen as adults and they all knew one another. It was like a club they were all forced into because they had the same thing in common – fame.

4) Most of these actors feel they were in front of cameras “during the most awkward period of their lives.”

3) Leonardo DiCaprio was the executive producer of Kid 90.

2) Even though her dad wasn’t around much, Frye was very close to her mother and brother.

1) She was not afraid to tell the whole story – including details about friends she lost to suicide, overdosing, and alcoholism – and I appreciate her willingness to be so brave.