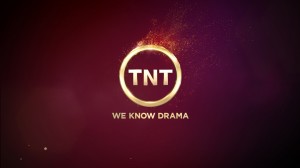 Apparently TNT is the best television network out there right now.  We recently had to replace our DVR so of course we needed to reprogram our series recordings and as I was programming them I noticed that most of the shows I wanted to record this summer are on TNT.  Since when are all the good shows on a random network like TNT?  Let me provide a little background:

Originally created by media mogul Ted Turner, TNT was launched with a showing of the 1939 classic movie Gone with the Wind (to which Ted Turner had acquired the rights) on October 3, 1988.  It is said that the movie was chosen because it was Turner’s favorite movie and it would subsequently also be the first program on sister channel Turner Classic Movies in 1994.

Initially, TNT was a vehicle for older movies and television shows but it slowly began to add original programming and newer reruns.  In 1990 the network obtained partial rights to the Sunday Night Football package for the NFL, which it retained until 1997.

In the 1990s TNT scheduled a lineup of shows for weekday afternoons including Due South, Lois & Clark: The New Adventures of Superman, Babylon 5 and Ellen.  During 2001, TNT had its then most successful original series, Witchblade, which ran for two seasons, ending its run in 2002.

On June 12, 2001, TNT re-launched itself with a new logo and a new slogan: “We Know Drama,” which emphasized the channel’s new focus on programming with drama and energy, such as sports and network TV dramas like Saving Grace, Law & Order, NYPD Blue, ER, Without a Trace, Alias and Judging Amy.

Now that it’s 2011, TNT’s main sports coverage consists of NASCAR and the NBA, along with a wide variety of shows that have people talking.  Here is just sampling of some of my favorite shows on TNT:

The Closer – Starring Kyra Sedgwick (Mrs. Kevin Bacon) as no-bullshit southern Deputy Chief Brenda Leigh Johnson, this show is all about our leading lady moving to Los Angeles to head up the Priority Murder Squad.  Johnson’s division is later renamed Priority Homicide Division and is currently called Major Crimes Division, a team that originally dealt with high profile murder cases.  Currently in its sixth season, it remains cable’s highest rated drama and has been renewed for a seventh season.

Franklin & Bash – About two longtime buddies who join a big-time legal practice, this show is full of unforgettable one-liners delivered with arrogant ease by Mark-Paul Gosselaar and Breckin Meyer.  F&B is only in its first season but if the first few episodes are any indication we will be seeing this series go on for at least a few more years.

Men of a Certain Age – I just recently started watching the “catch up” episodes On Demand and this show already has me laughing out loud.  Although it’s centered around three best friends who have known each other their whole lives and are now in their late 40s, somehow I find myself relating to them.  The three main actors play off each other perfectly and while I hated Everybody Loves Raymond I love Ray Romano on this show – his character Joe is under-the-radar funny and his relationship with his two friends Owen and Terry is 100 percent believable.

Southland – This gritty drama continues to dish out the toughest kind of television out there – real TV that make reality TV shows look like a bunch of cartoons.  This show is not afraid to portray the harsh and dangerous side of being a cop in Los Angeles.  There is never an easy day for any of the characters whether it’s struggling with addiction, their personal lives or their job. I appreciate that Southland does not glamorize what they do or the way they do it – in fact it’s almost like watching Cops but the crazy crack heads are replaced with award-winning acting and writing.

Although television these days seems to include only four genres: cops, doctors, lawyers and teens, TNT provides a solid mix of shows featuring quality actors and fresh storylines.  Three shows on the network I haven’t seen but have earned positive reviews are Memphis Beat, Rizzoli & Isles and The Mentalist.  So do yourself a favor and tune in this summer – the network that started with Gone with the Wind is going places.