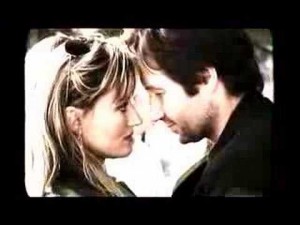 Season seven was meant to depict the redemption of Hank – no more bullshit, no more Hollywood bridge burning and doing everything in his power to get a job, get a grip and finally win over his soul mate Karen and daughter Becca. Even though he finds out that he has another kid – Levon (one of many Elton John references) – Hank accomplishes his mission and exemplifies his changed perspective throughout the season which was a nice break for the audience. We’ve clearly seen it all.

(Spoiler Alert) The final few minutes of the series finale were brilliant – Hank unselfishly sets up Levon’s mom (baby mama number two) up with television boss Rath, tells best friend Charlie to man up and bring his wife Marcy back (Charlie finally gets some balls!) and poetically and publicly apologizes to Karen when he meets her on the airplane to New York to see Becca get married. Karen is unconvinced until he stops talking for a minute, sits down next to her, grabs her hand and says “’Till the fuckin’ wheels come off.” That’s how you end a show.

-Although the show all about Hank, each season featured one or two characters that would greatly influence him i.e. Mia, Lew Ashby, Atticus Fetch, Faith, Levon, Eddie Nero, the three women at the college who fell for Hank, Abby the lawyer, etc. My favorite was without a doubt music producer Lew Ashby and it’s not just because he always wore a black and red Motley Crue shirt. He was the rock and roll version of Hank and they became instant friends after meeting in jail (obviously). Even though they killed Ashby off, his ghost showed up in a few of Hank’s horrific dreams.

-The soundtrack and music references were the framework of Californication which is one of the aspects of the show I loved the most. Most of Hank’s books are named after Slayer albums – i.e. God Hates Us All and South of Heaven. Becca played guitar and loved metal, people in the music business (i.e. Ashby and Fetch) always wanted to work with Hank, the first and last episode features My Morning Jacket’s version of “Rocket Man” and the list goes on and on. Hank the writer also tries to make sure that his daughter reads and has a large vocabulary – there were several instances where Robert Frost’s “Nothing Gold Can Stay” is mentioned.

-Hank’s black, dusty Porsche became its own character – in the first episode of the first season the husband of the woman Hank just slept with takes a golf club to one of the car’s headlights and he never repairs it. This becomes Hank’s ritual every time he buys the same car (three times) he always smashes the headlight until the last season when the car is totally intact, clean and both headlights are fixed signifying Hank getting his act together.

A few of the most memorable lines:

“Being a writer sucks – it’s like having homework for the rest of your life.”

“I love women – I have all their albums.”

“She’s the kind of girl a guy meets when he’s too young and screws it up because there’s too much living left to do.”

“Don’t come back without a dozen roses and your dick in a box.”

“You have to love him for who he is, not his potential.”