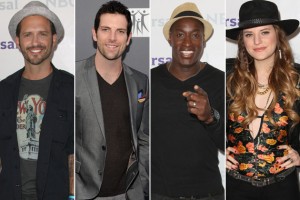 If you haven’t watched the final episode of The Voice stop reading!

What a fun season this has been! I decided to start watching the show after hearing positive reviews from friends and reading even better reviews. Also, I love watching new singing talent and I just wasn’t seeing it on American Idol so I thought I’d give it shot and add The Voice to my DVR. I’m so glad I did because this show had more talent in the blind auditions than Idol has had all year (with the exception of Phil Phillips). Bottom line: The Voice has exceptional performers while Idol has become more like amateur hour.

Also, with the exception of Christina Aguilera I love the judges. They are funny, smart and each one is currently relevant in music and has the goods to back up their critiques. I find myself laughing out loud at the comments made by Adam Levine and Blake Shelton and I am constantly impressed by how articulate Cee Lo Green has been throughout the entire season. His megawatt smile and random cat are fun to look at as well. As for Aguilera I could kick her in the face. Her incessantly obnoxious comments to Tony Lucca were so laden with bitchiness that it was almost like she was holding a grudge from their Mickey Mouse Club days. But what grudge could she possibly have? She is a major pop star with an eight-octave voice who has been a success for over a decade. What the hell is her problem?

Lucca’s performance of “Baby One More Time” was one of my favorite moments of the season and his take on “99 Problems” blew my mind. I couldn’t take my eyes off the screen. I thought he was going to come in second and that Juliet Simms was going to win it but I was wrong. Instead Team Blake’s Jermaine Paul took home the prize and although I didn’t think he was going to win he definitely deserves the honor. The former Alicia Keys backup singer will now have his own backup singers – something we got a taste of when he sang “I Want You Back” with contestants Jamar Rogers, James Massone and Pip. What a great performance!

Although I’ve never been a Chris Mann fan I did very much enjoy watching him sing “Bittersweet Symphony” with Lindsay Pavao and Katrina Parker. Flawless. But I’m glad he came in fourth – his opera voice was a little much for me and him and Aguilera turned into a two headed monster by the end of the season. As for the extras I thought the coach bloopers were hilarious but I could have done without Justin Bieber. What is this, Idol? (Oh, snap!)

Anyway….congrats to Jermaine Paul and to Blake Shelton. If this season is an indication of where this show is going I’m counting the days until season three. Also, I’ll be on the lookout for new albums by Lucca and Simms. Even though neither of them won The Voice there is no question that record deals are in their future.