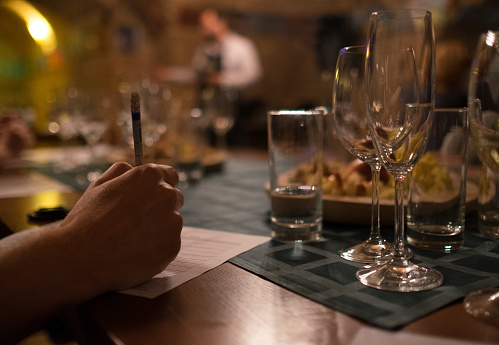 Sometimes film adaptations of books don’t do the original story justice and sometimes they work well. I’m glad to report that The Tender Bar movie works well. But let me back up for a minute.

On October 1, 2020 I wrote about how much I loved the book The Tender Bar. I talked about how writer J.R. Moehringer has a way with words and an impressive ability to authentically describe and paint a picture without overusing adjectives. Abandoned by his father, and raised by his mother and Uncle Charlie, Moehringer spends a lot of time at Dickens bar which is owned by Charlie and frequented by a colorful cast of Cheers-esque characters. The author’s portrayal of the establishment is so vivid that it functions as its own character in the book which makes seeing the story on a big screen even more exciting. For example, the wall behind the actual bar is lined with bottles of booze and books – a young writer’s dream. While watching the movie, I realized the establishment was exactly how I envisioned it and exactly how the author described it – “wall-to-wall storytellers.”

Starring Ben Affleck as charismatic Uncle Charlie, the movie doesn’t go into as much detail as the book, and therefore doesn’t have the same depth, but it maintains the same heartfelt message about a boy looking for his people and finding them in an unlikely place. Lily Rabe plays Moehringer’s mother who tirelessly tries to give her son the best life possible and is so proud of him when he is accepted to Yale.

As I said in my review of the book, their relationship hits home because his mother instilled in her son the importance of books and words. In the movie, that love of writing and books comes more from Uncle Charlie because Moehringer spends most of his time with him. Affleck – who isn’t always my favorite – shines in this role. He is there for his nephew in every way imaginable and it’s both fun and tear-jerking to watch. Christopher Lloyd plays the curmudgeon grandfather with humor and ease, Daniel Ranieri as young Moehringer is the perfect, wide-eyed fit, and Tye Sheridan as high school/college/adult Moehringer effortlessly portrays love, anger, yearning, and passion.

Directed by George Clooney, the film was released on December 17 by Amazon Studios and then became available for streaming on January 7, 2022 via Prime Video. Affleck has already earned a Golden Globe nomination for Best Supporting Actor and a Screen Actors Guild nomination for Outstanding Performance by a Male Actor in a Supporting Role.

As with any story that was initially told in book form, I strongly believe that reading The Tender Bar book before watching the movie is imperative. Moehringer is a Pulitzer Prize-winning and New York Times best-selling author for crying out loud! That being said, Clooney was smart enough to follow the author’s lead by avoiding telling bar stories and focusing on deeper themes. As a result, both the book and the movie are so much more than stiff martinis, drunken nights, and punishing hangovers. Instead, it’s a tale about father figures, mothers, finding your people, writing, and the importance of confidence and bravery.