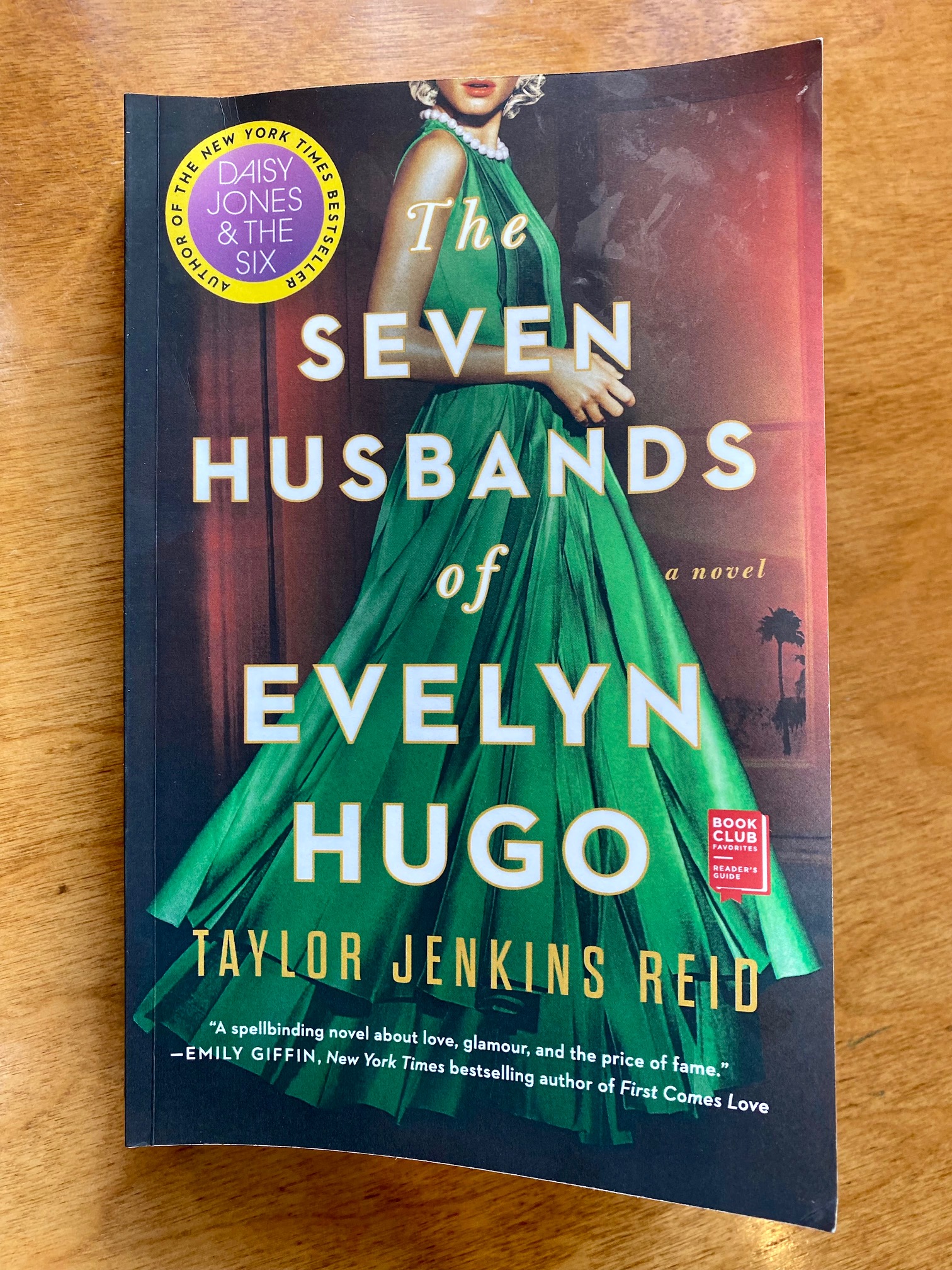 Since this is the third book I’ve read by Taylor Jenkins Reid, I should have expected the unexpected. Daisy Jones & The Six featured a surprising twist and Malibu Rising revealed all kinds of family secrets. But Evelyn Hugo was another level of sadness, twists, and reveals. While I did enjoy the book – as I’ve said many times before, Reid is an excellent writer and knows how to create dialogue better than most – this story was my least favorite of the three.

Although it is chronologically organized around Hugo’s seven husbands, the narrative is not really about them. Instead, it’s more about what they represent. Similar to Daisy Jones, Seven Husbands features a writer who functions as a narrator. Her name is Monique and it’s clear from the beginning that the novel’s larger reveal is going to involve her. For the reader, having Monique as one of the narrators is helpful because the chapters go back and forth between Hugo’s first-person account of her life and Monique’s first-person account of interviewing Hugo.

But the larger issue is that Hugo is unlikable. As I’ve written before, readers want to root for intrinsically flawed people – to a degree. I didn’t despise Hugo, but I wasn’t rooting for her either. I felt for her in many ways because she experiences endless turmoil, but at the same time I found her hard to relate to because one minute she is cunningly ruling the world and the next minute she’s saying or doing something that makes my eyes roll into the back of my head. But she also has the guts to make tough decisions and pays a heavy price, repeatedly, for the repercussions of those decisions.

Reid always writes in detail about the beautiful women that anchor her stories. Her descriptions of the out-of-this-world beauty of Daisy Jones, Nina Riva, and Evelyn Hugo go on and on – so much so that it gets repetitive at times – and that common thread is abundantly clear throughout this novel. Hugo’s entire existence hinges on her looks and her deceptive road to fame – until tragedy strikes again and again. Stylistically, one aspect of Seven Husbands that I found clever was Reid’s use of the tabloid articles to frame the story. The articles almost function as a third narrator because they demonstrate the public’s skewed view of Hollywood glamour and all the pieces of facts and fiction that make up that view.

Another aspect of this story that resonated with me was reading a book written about a writer writing a biography. Monique says, “I liked writing about real people. I liked finding evocative ways of interpreting the real word. I liked the idea of connecting people by sharing their stories.”  I feel the same way.

Additionally, the details in Reid’s writing set her apart. During a conversation between two of the characters while one is grilling food: ‘“You need to listen to me.’ She slammed the lid of the grill shut and gestured to me with a pair of silver tongs.” I can visualize the character using tongs to get her point across and can picture exactly how this conversation is taking place.

“‘Do my eyes look puffy?’ She opened them bigger and stared at me, as if this would help me answer the question.” Because I’ve done that so many times, I laughed when I read the sentence. Once again here is Reid exemplifying her ability to insert details that paint a vivid picture.

“Evelyn can speak casually about things of great importance…She likes to be cavalier about things that would change other people’s lives.”

“Here’s the thing about Hollywood. It’s both a place and a feeling.”

“I told him I was someone else. And then I started getting angry that he couldn’t see who I really was.”

“I’m not judging you, if that’s what you’re worried about. God knows I’m no defender of the truth.”

“Sometimes reality comes crashing down on you. Other times reality simply waits, patiently, for you to run out of the energy it takes to deny it.”

“I was fishing for information that might break my heart, a flaw of the human condition.”

“Guilt is a feeling I’ve never made much peace with. I find that when it rears its head, it brings an army.”

“The moment he was done saying it, my heart had completely torn in half.”

“It cost so much, caring. I didn’t have the currency to spend on it. Instead, I walked away.”

“No one is all good or all bad. I know this, of course. I had to learn it at a young age. But sometimes it’s easy to forget just how true it is. That it applies to everyone.”

If Evelyn Hugo wrote a how-to guide on surviving Hollywood:

“The world respects people who think they should be running it.”

“I’m under absolutely no obligation to make sense to you.”

“You never get anywhere by seeming amenable.”

“You never tell anyone anything more than you have to.”

“No one goes around throwing caution to the wind unless the wind is blowing their way.”

“You don’t go throwing your weight around unless you’re sure you’ll win.”