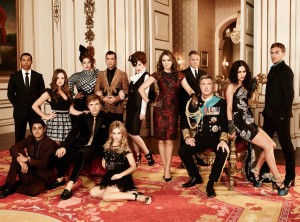 Apparently all the cable networks known for their reality series are venturing into scripted television. And that’s a positive move.

VH1 started the trend with Hindsight – the network’s first scripted show and one of the best shows on television this winter – which premiered in January and did so well that by March it was renewed for a second season. I wasn’t surprised at all since the acting and the soundtrack were equally superb but at the same time glad that the renewal was official since sometimes quality shows get left behind (i.e. My So-Called Life).

Four days after season one of Hindsight ended, the pilot of The Royals aired on E! and the show came out guns blazing. Centered around the royal family of England, the show provides a faux behind the scenes look at what it means to be the king, queen, prince and princess of England. And apparently that means an endless string of parties, media stunts, charity cameos, clubs, booze, sex and drugs. Wait, is this show about a Motley Crue tour or about people referred to as “your highness?

The characters on the show are conflicted at best. Elizabeth Hurley stars as the promiscuous Queen Helena, Vincent Regan is kind King Simon who wants to abolish the monarchy, William Moseley plays Prince Liam who, after the death of older brother Robert, is the next in line to be kind and Alexandra Park is party girl Princess Eleanor. Then there’s Jake Maskall as the horrible Prince Cyrus who, like his obnoxious and clueless redheaded daughters, is the worst type of person to be in a position of power. He is so jealous of his brother the king that he goes to despicable lengths in his various attempts to bring him down. The show also features Merritt Patterson as Liam’s love interest Ophelia, Oliver Milburn as the palace’s head of security (and Ophelia’s father) Ted and Tom Austen as troubled bodyguard Jasper.

Even though I’m not a big fan of the term “guilty pleasure” when describing a TV show, The Royals is just that. No one is faithful, everyone has more vices than pieces of designer clothing (and trust me there’s no shortage of couture on this show) and secrets seem to come out of every corner of every room of the palace. But all of that makes for fun television and the acting is fantastic so once again it’s no surprise that the series was renewed for a second season two months before its debut. Clearly the powers that be at E! knew they had something special so they had no issue with rolling the dice.

I’m glad that VH1 and E! have branched out into television written by actual writers as opposed to embarrassments like Dating Naked and Mob Wives and Keeping Up with the Kardashians and Rich Kids of Beverly Hills. It gives me hope that these channels will start favoring quality entertainment and start stepping away from frivolous fake reality shows. One small step for cable television, one big step for VH1 and E!