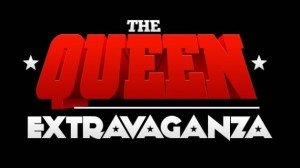 Have you ever seen the Mark Wahlberg movie Rock Star? It’s about a guy who is the lead singer for a heavy metal tribute band and then gets picked to be the new lead singer for the actual band. Based on the story of Judas Priest, the premise of this movie would be ridiculous if it wasn’t real. Well, truth really is stranger than fiction and the whole Rock Star thing is happening again thanks to Queen drummer Roger Taylor.

In an effort to celebrate Queen’s 40th anniversary, Taylor is launching a North American talent search that will offer music hopefuls the opportunity to star in the Queen Extravaganza Live Tour – basically a Queen Tribute Band being put together by an actual member of Queen. Taylor, along with a panel of judges, will select the musicians and then the public will vote online.

Auditions began September 19 and Taylor has been searching for musicians for a five-piece band and three vocalists. The tour launches in 2012 and Taylor is taking the role of producer and music director.

The Queen Extravaganza is offering the chance for at least one person to win a place in the live touring band that will take the Queen Extravaganza show across North America in 2012. Musicians can apply to be part of the band by uploading a video audition using the available download tracks at www.queenextravanganza.com.

Open to vocalists, guitarists, drummers, bass players and keyboard players, the audition process is as follows:

Round One: Open Auditions – September 19, 2011 through November 7, 2011 (now closed). A panel of specially selected judges have picked out their favorite 50 or more audition videos to go through to Round Two.

Round Two: Public Vote – November 14, 2011 through November 30, 2011. The Top 10 highest publicly voted videos will go through to the live final. At this stage Taylor also has the ability to activate a “wild card” option.

Round Three: Live Final – December 5, 2011 in Los Angeles, CA. The musicians will perform a range of songs live in a band setting, allowing the judges to assess the blend of each potential band member. The judging panel will select at least one winning musician to join the Queen Extravaganza touring band. The winner(s) will be a fully paid member of the Queen Extravaganza band and will then enter rehearsals for the tour.

So from what I gather this is kind of like a Queen-specific American Idol and I have a feeling that this is either going to end up being very cool or a huge waste of time. What’s interesting is that the web site has made it clear that the Queen Extravaganza is not looking for Queen band member look-a-likes. Instead they just want these people to sound like the band members – fair enough. We’ll see how this goes. Although of course it’s a very cool opportunity for aspiring musicians and Queen fans, it’s going to be difficult to replace/replicate a voice like Freddie Mercury. I’ll be watching on December 5.