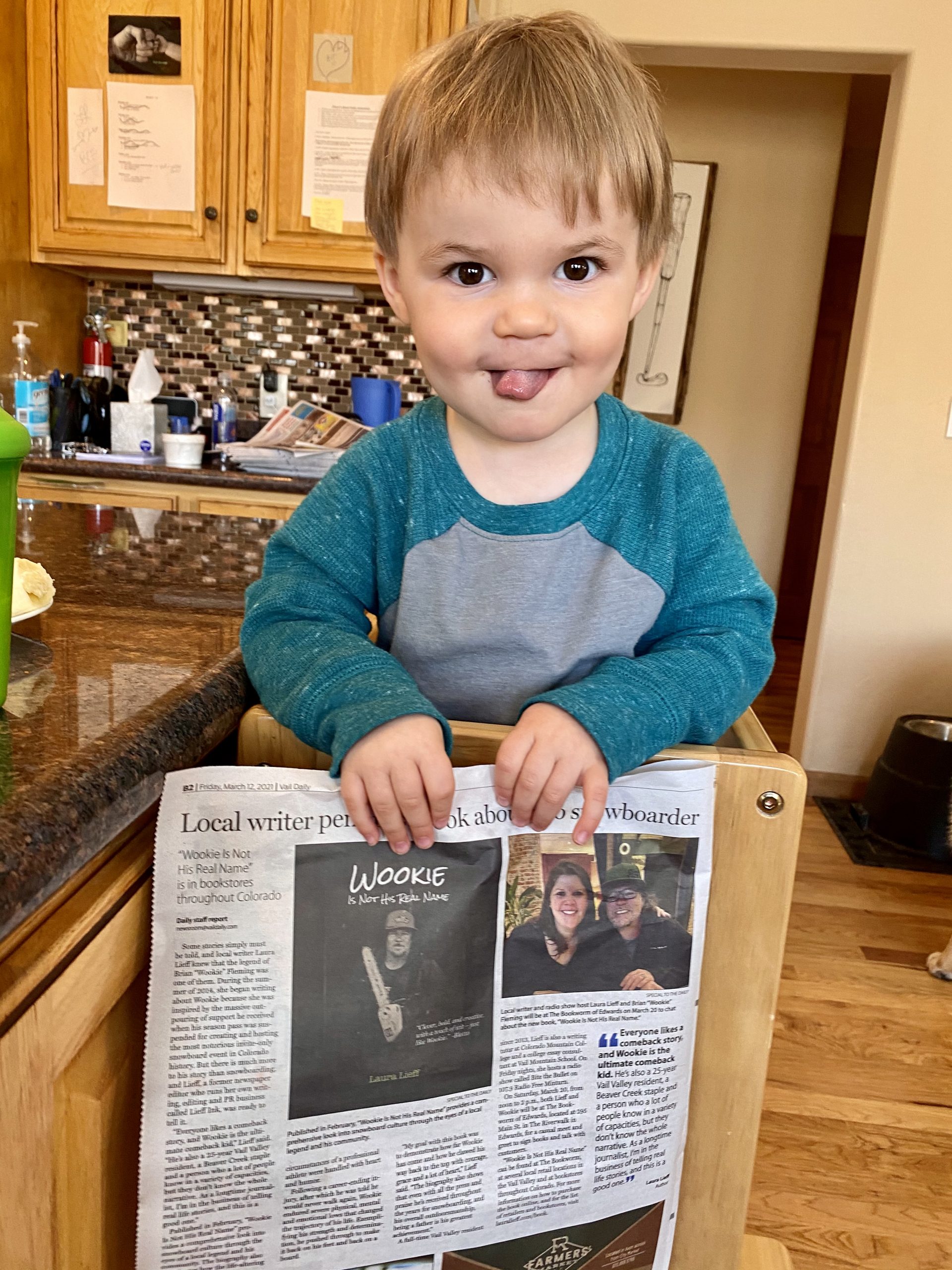 One year ago today Wookie Is Not His Real Name made its debut. While I was writing the book I came across a quote from S. E. Hinton, author of The Outsiders, who said that when asked why she wrote the story her answer was: “I wrote the book I wanted to read.” That’s exactly what I did. And then hoped that other people would want to read it too.

Since the official announcement on March 1, 2021, over 800 copies of Wookie Is Not His Real Name have been sold. The book is available at 16 locations in Colorado and one in Arizona. It was listed as #2 on Amazon’s Hot New Releases in Snowboarding (March 2021) and on Amazon’s Top Rated in Snowboarding (April 2021). Additionally, it currently has 22 five-star reviews on Amazon.

The book has been featured in the Vail Daily three times and was included in two Glendale Chamber weekly newsletters. In March 2021, Wookie and I were interviewed by Summit County’s Krystal 93 radio station. Next, the book was featured in Colorado Mountain College’s April 2021 newsletter and in the April 2021 issue of the Glendale Cherry Creek Chronicle. That same month, the Eagle Valley Library District began carrying the book. It can be found on the shelves of the Avon, Eagle, and Gypsum Public Libraries.

In May 2021, Wookie Is Not His Real Name became part of real estate welcome packages created by Slifer Smith & Frampton for new Vail Valley homeowners. Since October 2021, the book has been available on the Hovland Snowskates website. Additionally, it was promoted on Bookshop’s social media accounts in November 2021 and was featured on the front page of the December 2021 issue of the Glendale Cherry Creek Chronicle. 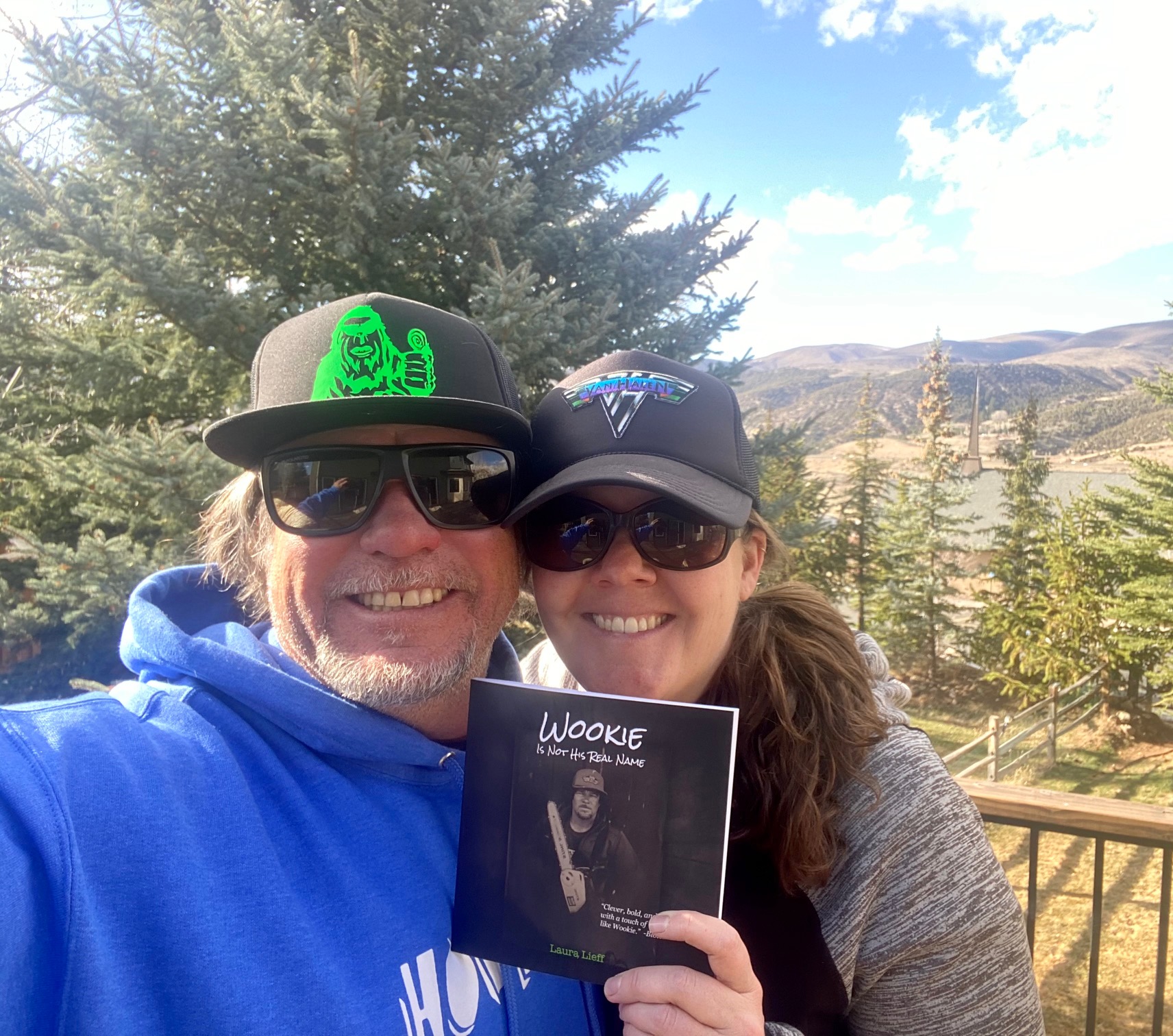 Last summer I read a quote from New York Times bestselling author Imbolo Mbue: “When you write a book, you put your whole self into it – and there’s nothing you can do about it after that, beyond knowing you gave it your heart.” I poured every piece of my heart into Wookie Is Not His Real Name because, after all, Wookie’s story is my story is Fleet’s story.

Thank you to every single person who bought the book, every bookstore and retail location who continues to carry the book, everyone who showed up to a book signing, every newspaper and magazine writer who wrote about it, everyone who gave me positive feedback, and everyone who posted about it on social media. Each purchase and kind word of encouragement means the world to me. One year later people are still talking about Wookie Is Not His Real Name and I’m so happy that it made an impression. So again, from the bottom of my heart, thank you for the support. I can’t wait to tell Fleet more about all of this when he gets older.