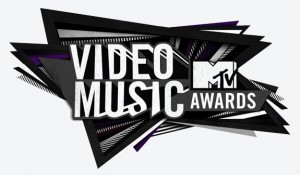 Against my better judgment I DVR’ed this year’s MTV Video Music Awards. Based on the one million commercials they played leading up to this year’s event I really should have known better because: a) Taylor Swift was in almost every single commercial. b) Kanye West and Kim Kardashian were filmed in their tracksuits trying to be funny. c) I had never seen the host (Kevin Hart?) in my life.

Where are the big moments like Michael Jackson kissing Lisa Marie Presley, Kid Rock performing with Run DMC, Eminem clones marching around Radio City Music Hall and the Beastie Boys either fighting for their right to party or give a political speech of some sort?

Apparently all of the good stuff is history because the VMAs have officially become irrelevant. IRRELEVANT.

Although MTV is now older (31) than its target audience, I don’t think that should matter when it comes to these award shows. This used to be a huge platform for artists to play their new songs, allow people at home to see how good they are live and have fun but unfortunately that’s no longer the case. I guess the flailing music industry has a lot to do with the demise of the VMAs and so does the fact that MTV no longer plays actual music videos. But all of that is old news and the music industry changed so long ago that now it just feels like we’re still making excuses.

If you look up a band on Wikipedia to find out what awards they’ve received the first on the list is Grammys and the second is usually the MTV Video Music Awards. There’s something to be said about that and it’s a shame MTV has lost their importance because the channel has forgotten how to put on a music show.

So what will happen in the future when musicians start realizing that the VMAs are no longer the best place to get their music heard? Between the seemingly endless fast forwarding I noticed that the cameras kept going back to Rihanna and Katy Perry because they were the biggest stars there. Usually the camera is all over the place showcasing how many big names are in one room but not this year. Even though Alicia Keys, Green Day and Pink were in attendance and all performed they were not nearly as exciting as they’ve been in the past. It was like everyone was going through the house music-infused, blinding bright-lighted motions like a bunch of drones who were counting the seconds until they could go to the bar. If MTV isn’t going to make the VMAs exciting why do it at all? Maybe now that Jersey Shore is coming to an end and The Hills is considered “retro” the MTV producers will have a little bit more time to focus on why they are there in the first place – the music.