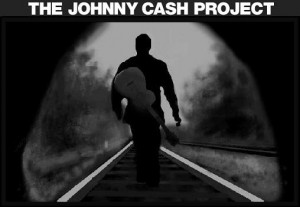 I saw a commercial today for The Johnny Cash Project and I was literally glued to the TV as it showed people from all over the world showing their support for the legendary Johnny Cash through digital art.  I think it’s very cool that people have gone out of their way to create a music video for a deceased musician who, whether people like him or not, know who he is and respect what he did.

The Johnny Cash Project is a global collective art project created by Director Chris Milk and his team.  Through the web site, www.thejohnnycashproject.com, Milk is inviting people around the world to share their vision of Johnny Cash, “as he lives on in your mind’s eye.”

Working with a single image as a template, and using a custom drawing tool, participants are able to create a unique and personal portrait of Cash.  Each creation is combined with art from participants from counties spanning the globe and integrated into a collective whole: a music video for Cash’s final studio recording, “Ain’t No Grave.”

Strung together and played in sequence over the song, the portraits create a moving, ever evolving homage to one of the most iconic musicians in history.  According to Milk, “as new people discover and contribute to the project, this living portrait will continue to transform and grow, so it’s virtually never the same video twice.”

Milk also explains that because the album and its title track deal heavily with themes of mortality, resurrection and everlasting life, The Johnny Cash Project is paying tribute to these themes.

“Through the love and contributions of the people around the world that Johnny has touched so deeply, he appears once again before us,” says Milk.

The web site, like Cash, is bold and straightforward.   It is made up of three main sections including “Explore,” “Contribute” and “Credits.”

In the “Explore” section, viewers can watch the video as it exists currently, or view other versions based on the list of criteria.  For example, you can watch a version of the video that contains the “Highest Rated Frames” or a version with the most “Realistic Frames.”  What’s amazing is that no matter which selection you make you can’t really go wrong.  The people who have contributed to this project have done amazing work, illustrating their respect and admiration for the Man in Black.

The “Contribute” section allows participants to draw their own portrait of Cash based on the image provided.  The given images functions as a guide so no one has to be a professional artist to participate.

I found the “Credits” section very interesting because once a participant’s portrait appears in one of the video versions the person’s name is added to the credits recognizing them as one of the creators.  The credits list is no joke as it includes the Cash Estate and Rick Rubin.

Although I’m not an artist, I find this project fascinating.  The idea itself is very creative and the fact that so many people want to be a part of it shows that Cash’s legacy runs deep.  This is the first time I’ve seen anything like this but I hope it won’t be the last.