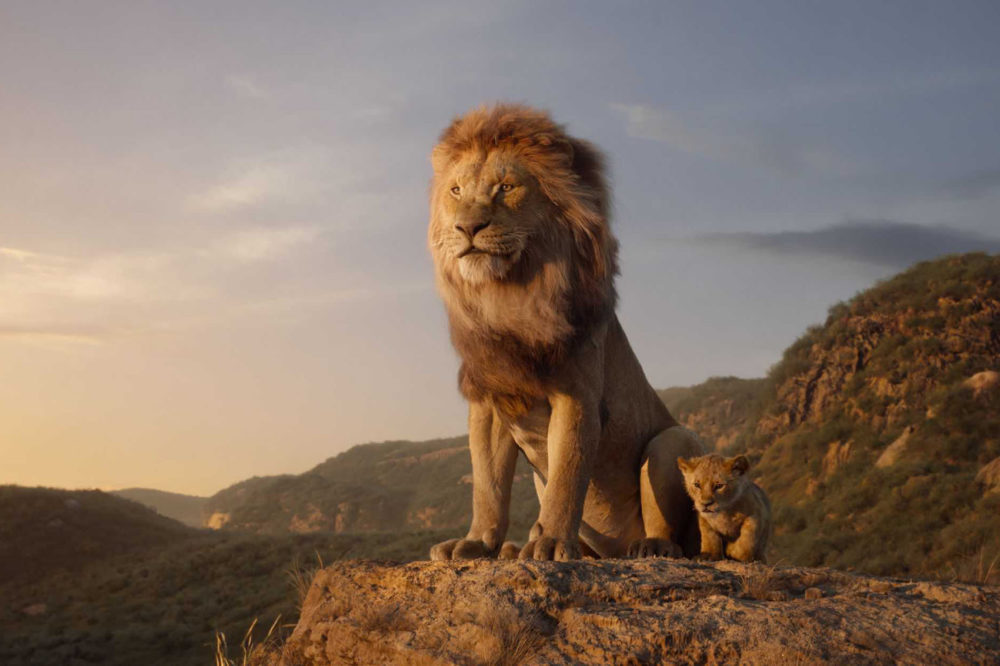 You know you’re watching a well-done remake when, even though you already know how the story plays out, you’re still captivated. That is exactly what happens in the 2019 remake of the 1994 animated film The Lion King. Directed by Jon Favreau, known for his work in the Iron Man films, The Avengers trilogy, The Jungle Book, and Swingers, among others, this movie sticks to the storyline everyone is familiar with while creating an entire new genre.

The Lion King is more than animation but not quite live-action – it’s somewhere in between and looks fantastic. Instead of a revamped Disney movie it’s more like a visually stunning but entertaining documentary one would watch on Animal Planet or National Geographic. If these animals didn’t talk and sing, you would forget they aren’t real creatures because Favreau has taken every measure to make them as authentic as possible – from subtle movements like ear twitches to grandiose movements like enormous lions showcasing their incredible strength by running up the side of a gorge. Even the environments presented are beautifully intricate when they need to be and depressingly desolate when necessary. It really is something else.

As for the music and voices – everyone nails their character. The unmistakably iconic voice of James Earl Jones as Mufasa reminds viewers why his thundering tone always commands respect and attention. Additionally, Donald Glover and Beyoncé bring star power to adult Simba and Nala, John Oliver is the perfect Zazu, and both Seth Rogen and Billy Eichner are my favorite as Pumbaa and Timon as their stellar comedic timing creates much needed comic relief within a rough storyline. Speaking of which – while I of course knew the Hamlet premise of the movie beforehand, it’s still awful watching a Machiavellian uncle manipulate his impressionable nephew and then kill his brother as said nephew watches. Maybe I’m more sensitive now that I have a son of my own but that scene was hard to get through. It also made me question why Disney continues to kill off or omit parental figures in their storylines. Examples: Bambi watches his mother die in a horrific scene, Tod’s mother is killed in The Fox and the Hound, and neither Belle nor Ariel have mothers in The Little Mermaid and Beauty and the Beast. Ugh.

But back to The Lion King. I love that Hans Zimmer and Elton John returned to help with musical aspects of this movie and it makes sense regarding the success of the film – when music royalty was part of the process 25 years ago, why change? Adding Pharrell Williams as a collaborator was also a smart move. New songs for this version include “Never Too Late” by Elton John and “Spirit” by Beyoncé but they don’t stand a chance against classics like “Hakuna Matata” and “I Just Can’t Wait To Be King.” I also prefer Elton John and Tim Rice’s award-winning original version of “Can You Feel The Love Tonight” over the new version sung by Beyoncé, Glover, Eichner, and Rogen. Sorry not sorry.

All of that being said, seeing the 2019 version of The Lion King is worth your money and time. Knowing all the songs is fun and seeing the movie in such a realistic and technically advanced format is amazing. In fact, the term “technologically groundbreaking” is completely accurate. I wasn’t even 11 years old yet when the original (which was rated G) was released in the summer of 1994, but I clearly remember that my family’s record stores could not keep the album on the shelves. Everyone had “Hakuna Matata” fever that summer and I think it’s exciting that the next generation is getting a chance to enjoy a new (PG rated) version of my favorite Disney movie.