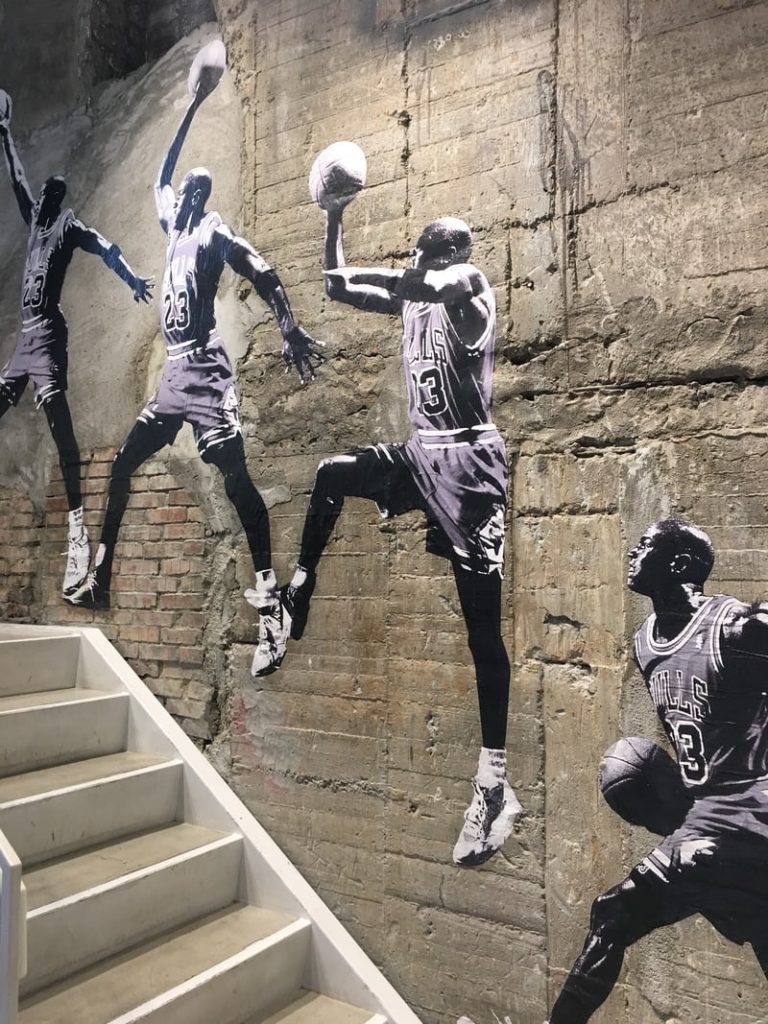 I’m a longtime basketball fan so watching a documentary miniseries about Michael Jordan and the Bulls was not a hard sell for me. That being said, when I learned that the miniseries was comprised of ten, one-hour episodes I was surprised. What could they possibly talk about for ten hours?! Apparently, between 1991 and 1998, there was a lot more going on than the public knew regarding the players, Jordan’s role as a leader, and the Bulls administrative office – especially concerning then-General Manager Jerry Krause. It’s like a Behind the Music about basketball meaning that the storytelling is well-executed and each episode leaves the viewer wanting more.

Directed by Jason Hehir and co-produced by ESPN Films and Netflix, The Last Dance focuses on Jordan’s career and the Bulls’ reign as arguably the best team in NBA history. Part of the reason the docuseries is a) successful and b) fills ten hours is because a film crew was given unprecedented access to Jordan and the Bulls during the 1997-1998 NBA season. With over 500 hours of footage to choose from, including locker room, bus, and airplane conversations, practices, and hangout time before and after games, the Bulls must have felt like they were shooting a reality television show back then. A camera had to have been in their faces almost 100 percent of the time.

But back to 2020 and The Last Dance. Each episode focuses on a different member of the Bulls, including Scottie Pippen, Phil Jackson, Steve Kerr, Dennis Rodman, and Toni Kukoč, among others, with the common thread being Jordan. Additionally, a wide array of people outside of the Bulls were interviewed including Reggie Miller, Horace Grant, B.J. Armstrong, Larry Bird, Bob Costas, Magic Johnson, Kobe Bryant (heartbreaking), Barack Obama, Hannah Storm, Patrick Ewing, Pat Riley, Carmen Electra, and many, many more.

I liked how throughout the episodes the interviewer would hand the interviewee a tablet and show them footage of a conversation with the person being discussed. Jordan’s reactions vary from laughing so hard he almost falls out of his chair to watching his yellow eyes (why are they yellow?) well up as he becomes visibly angry and/or emotional. When that many people are interviewed about anything there will always be multiple versions of what happened but overall most people agree with a few things: 1) Michael Jordan is the most competitive human on the planet and takes losing or a poor game performance very personally. 2) Jerry Krause is unequivocally the villain of this story. 3) With two three-peats in the same decade, the Bulls became one of the most popular dynasties of all time. 4) Scottie Pippen was tragically underpaid because he signed a bad contract that tied him up for seven years.

While I had the privilege of watching Jordan play throughout the 1990s when the Bulls traveled to Miami, and was aware that he was a remarkable player and that I was witnessing greatness, watching his accomplishments chronologically stack up throughout The Last Dance was pretty unreal. He changed the game of basketball – paving the way for LeBron James, Kobe Bryant, and Stephen Curry – with highlights like his “double nickel” game, his triumphant return from baseball after losing his father, and his relationship with security guard turned friend Gus Lett.

The combination of footage from the all-access film crew, game footage from high school, college, and the NBA, one-on-one interviews, and television broadcasts made The Last Dance feel like the complete package. One of the funniest moments of the series is when, after the Bulls lose to the Orlando Magic, Sports Center’s Keith Olbermann says, “This just in: Michael Jordan is human.” I literally laughed out loud. One of the most significant tear-jerking moments is the footage of Jordan collapsing in tears (and probably exhaustion) in the training room after winning the 1996 championship without his father there to see it. And one of the funniest anecdotes is when Dennis Rodman tells Phil Jackson that he “has to” go to Vegas to blow off some steam. Of course he did.

While The Last Dance might be too much information for those who aren’t basketball fans, I think people will still appreciate the way the story is told, the history of how the Bulls came to be, and how the greatest player in the history of the game left his mark on the sports world. Michael Jordan was more than just a professional athlete – he was a cultural icon who became arguably one of the most recognized faces around the globe and learning how that happened is definitely worth watching.