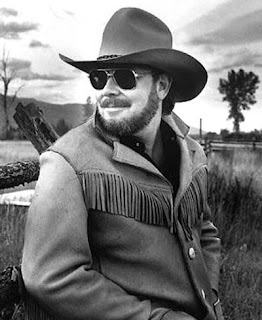 One of the godfathers of outlaw country is none other than Hank Williams – a man who is arguably one of the greatest country music stars of all time. Even though he was basically unable to read or write music, he charted eleven number one songs between 1948 and 1953 including hits such as “Your Cheatin’ Heart,” “Hey Good Lookin’” and “I’m So Lonesome I Could Cry.” Whether you’re a country fan or not, I’m pretty sure that you know at least one of these songs – in fact you may even know the words to them.

Unfortunately, Williams had some drug and alcohol problems that led to his demise. On August 11, 1952, Williams was fired from the Grand Ole Opry as he was told not to return until he was sober. He died at age 29 and his death is widely believed to have resulted from a mixture of alcohol and drugs. 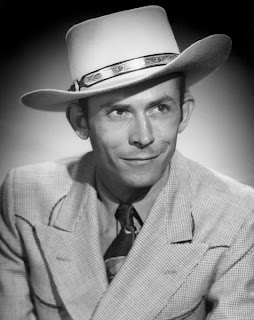 Hank Williams’ songs have been recorded by hundreds of other big names such as Bob Dylan, Cake, Johnny Cash, Tony Bennett, Patsy Cline, Ray Charles, Louis Armstrong and Tom Waits. He is a legend in the music business – a trait that he passed down to his son, Hank Williams, Jr. who is not only a professional singer but is also one of the most famous outlaw country singers of all time. Hank Williams Jr.’s most well-known song is “A Country Boy Can Survive” which reached number two on the Billboard Hot Country Singles charts in early 1982. Since 1984 he has won multiple awards from the Academy of Country Music and the Country Music Association, as well as four Emmys and one Grammy.

As someone who has played and made albums with Waylon Jennings, Toy Caldwell, Marshall Tucker Band and Charlie Daniels, it is no surprise that he has influenced younger country artists of today. He has had so much of an impact that recently, Hank Williams, Jr. has been referenced in more than few country songs by some of the genre’s biggest stars:

Gretchen Wilson – “I Got Your Country Right Here”

Gimme some Waylon
Little bit of that Ramblin’ Man
Our country boys can’t survive
Can I get a little hand for Hank?

Bend those strings ’til the Hank comes out
Make all the drunk girls scream and shout
We love it, we hate it, we’re all just trying to make it
In this crazy town

There’s no question that mentioning either Hank Williams or Hank Williams, Jr. gives artists street cred. They know that giving a shout out to the pioneers of their craft is never a bad thing.