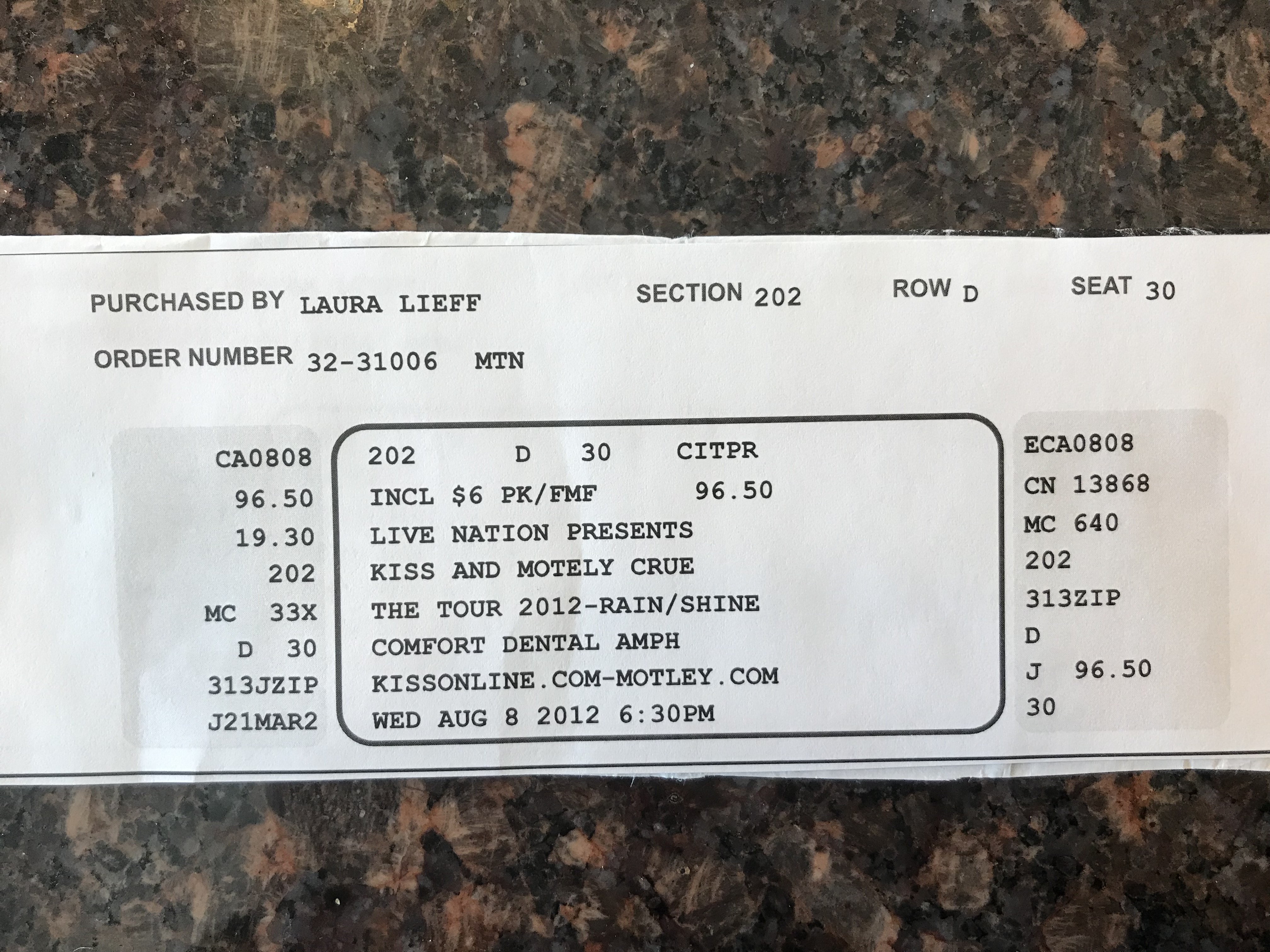 On February 20, I wrote about The Dirt coming to Netflix after watching an exciting trailer featuring one of the most notorious hair metal bands in rock and roll history – Motley Crue.

More than a month later, and after lots of anticipation, I was finally able to watch The Dirt last night and it was definitely entertaining. As expected, the movie was full of out of control scenes that one would expect from this foursome: sex with every groupie in sight, seemingly never-ending drug and alcohol consumption, and overall hedonistic behavior that became the stuff of legend throughout the 1980s and early 1990s. But as I said in my preview, their story can’t just be all about the chaos because no one would care.

When it comes to Motley Crue, there’s much more than leather, eyeliner, pyrotechnics, and strip clubs and the actors did an impressive job of depicting these four conflicted people. Bandleader Nikki Sixx grew up in a broken home, which he ran away from, and legally changed his name so he would never be associated with his horrible parents. Tommy Lee had normal, almost nerdy parents, and was young and super stoked on being in a band when he met Sixx. Considered “the old guy” at age 25, Mick Mars received devastating news of his degenerative bone disease that he will end up dealing with for the rest of his life. Vince Neil endured killing a friend in a car crash and watching his young daughter die of cancer. No fairy tales here.

Needless to say, there is a lot going on and the actors (mostly) handle it well. One of the aspects of the film I could have done without is the breaking of the fourth wall – when characters talk to the camera/address the audience. It’s awkward, unnecessary, and disrupts the rhythm of the movie. Instead of doing that, they should have just stuck to the book’s format which relies on the four members of the band as narrators. When the band members are doing the voiceovers, multiple perspectives are experienced by the audience and the story is told in the third person – as it should be. I also wish the faux cameos were handled better. Clearly Ozzy Osbourne and David Lee Roth are no strangers to debauchery, and it’s fun that they were included, but their characters were not used as well as they could have been.

The actor that kept my attention the most was Daniel Webber who plays Neil and Machine Gun Kelly (billed by his given name Colson Baker) as Lee. Webber has some hellacious scenes including watching a close friend and fellow musician die because of his reckless driving and attempting to stay as strong as his terrified daughter passes away in a hospital. On a lighter note, he also nails Neil’s frontman swagger that made the lead singer so captivating to watch during Crue’s heyday. Baker knows how to command the audience’s attention as well. I became a fan of his when he played roadie Wes Mason in the 2016 Cameron Crowe-created series Roadies. After watching him on that show, it was clear he could handle comedy and drama, and could believably play a musician not named Machine Gun Kelly.

Douglas Booth, who plays Sixx, depicts a drug addled musician with ease but his heroin scenes are so hard to watch it almost makes him hard to watch. In fact, those scenes are why I never read Sixx’s book The Heroin Diaries – it’s just too much. Iwan Rheon (who apparently plays a horrific character on Game of Thrones which I don’t watch) plays Mars as angry which he should. The guy is in constant, extreme pain but is responsible for some of Motley Crue’s most thunderous guitar riffs. The original ad he put in the paper, which was found by Sixx, said: “Loud, rude, aggressive guitarist.” Solid gold.

The reason I waited so long to watch The Dirt movie was because I wanted to watch it with my significant other who is one of the biggest Motley Crue fans I know. He took me to see the band in 2012 (with Kiss) and I’ll never forget their energy on stage. It was amazing and we got to see it live. While I had read The Dirt book, he had not, so a lot of the information that was new to him was not new to me – but that didn’t make the movie any less entertaining. I also liked the comparison of movie scenes with actual vintage Crue footage while the credits rolled. It served as a reminder that some stories are so good they can’t be made up.

Crue fans will enjoy taking a ride with one of the wildest bands in rock and roll history and those who have seen them play live will be nostalgic for Neil’s unparalleled vocals and onstage antics, shredding guitars by Sixx and Mars, and over-the-top drumming by Lee. Remember – they were the first band to really mesh punk with metal and that’s what set them apart from a lot of the other throwaway hair bands. They also wrote their own songs and showed what it took to play fast but skilled. There is no mistaking the rumbling guitar that leads off “Dr. Feelgood” or the searing riff that kicks off “Kickstart My Heart” and the list of memorable songs goes on and on. In fact, last week when I was playing a bunch of Motley Crue songs in celebration of the movie, I ran out of time to play them all. That’s how good this band was and why they will never be forgotten.