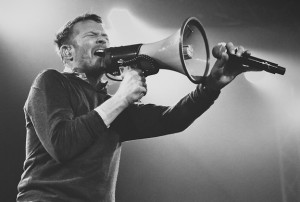 On December 3, 2015 the music industry lost a huge talent when Scott Weiland died of cardiac arrest. He was 48 years old. Although Weiland battled addiction for most of his career (some would say they are shocked he made it to his late forties), his death is tragic because the world will never again hear the raw, distinctive voice that provided so much of my generation’s soundtrack. Additionally (and unfortunately), his death makes him a rock and roll statistic – another artist who will be remembered for his drug use as much as his music. It’s a shame.

Over his almost three-decade career, Weiland was part of three exciting rock bands including Stone Temple Pilots, Velvet Revolver and The Wildabouts. A little background:

STP: Straight out of San Diego, STP began in 1989 under the name Mighty Joe Young. When the band signed with Atlantic Records, they changed their name and enjoyed success with the release of their debut album Core in 1992. Amazingly, “Plush,” “Dead and Bloated,” “Crackerman,” “Creep,” “Sex Type Thing,” and “Wicked Garden” are all on that album. Looking back it’s almost like their debut album was a greatest hits record.  Purple followed with more hits including “Vasoline,” “Interstate Love Song,” and “Big Empty.” While STP released six albums and one EP, and was one of the most successful rock bands of the 90s, Weiland’s drug use caused endless problems. He was in and out of the group several times until his final exit in 2013.

*STP won a Grammy Award for Best Hard Rock Performance in 1994 for “Plush.”

Velvet Revolver: From 2004 to 2008, Velvet Revolver was the coolest supergroup I could have imagined. Consisting of Weiland, former Guns N’ Roses members Slash, Duff McKagan, and Matt Sorum, alongside Dave Kushner (formerly of punk band Wasted Youth), the band was the hardest rocking group of people I’d ever seen live. Their debut album Contraband, which includes hits “Slither” and “Fall to Pieces,” features an obvious and awesome Guns N’ Roses influence which, in conjunction with Weiland’s voice, made for an exciting record. The combination of Slash’s unmistakable heavy guitar and Weiland’s signature howl accompanied by megaphone antics created a rock and roll force that grabbed the audience and never let go. In 2007 Velvet Revolver recorded Libertad and toured with Alice in Chains but by November 2008, at the band’s request, RCA Records released them from their contract.

The Wildabouts: In 2013, Scott Weiland & The Wildabouts performed at The Howard Theater in Washington, D.C. as part of the “Purple At The Core” Tour – an obvious reference to STP’s most popular albums. In 2015 The Wildabouts released their only album, Blaster, which includes “The Jeanie Genie” and “Way She Moves.”

Miraculously, after 26 years of singing (and doing drugs and drinking copious amounts of alcohol), Weiland’s voice never suffered. Listen to his range on Core and then on Contraband and then on Blaster and you’ll hear that he was able to maintain the same raspy elegance throughout the decades. It’s incredible. And it makes his death even sadder.

Unfortunately there is no new lesson to be learned here – no innovative epiphany to share. Weiland was an extraordinary talent who fronted three successful bands and created songs that will continue to be relevant but his lifestyle may have finally gotten the best of him. Rest in peace Mr. Weiland – and know that you will be missed.