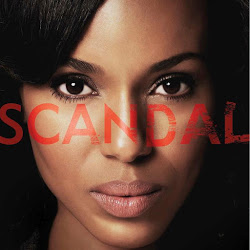 Although I’m not a fan of the cheesy new phrase “winter finale” aka “all your favorite shows are going on hiatus during the holidays,” I am happy to write about three shows that I look forward to watching every week – especially now that we’ve all survived 2012 and 2013 is here.

Nashville – The backbone of this show is without a doubt the incredible music that comes from each and every performer and the person who is writing the original music. Luckily the powers that be were smart and chose to hire T-Bone Burnett and actors who can actually sing and play instruments while acting – it was crucial to a show that is all about the music business in one of the most competitive music towns in the country. Also, the writers’ ability to handle several intertwined stories between a fairly large number of characters is very impressive and story lines packed with political scandal, addiction, relationships, family, secrets and agendas is fascinating. The wide range of complications and entangled stories will only further the character development and I can’t wait to see what happens next.

Scandal – Centered around a “fixer” who handles problems for people in the public eye, this show is fast-paced, well-written and full of political agendas. The main character is a former White House employee who also happens to be the President of the United States’ mistress. And if that wasn’t complicated enough her team that helps with the fixing includes a group of brilliant people with a dark past: a former CIA agent with an addiction to torturing others, a former abused wife turned judgmental hardass, the newbie with a fake identity and a charming lawyer who escaped prison time. The last episode we saw before holiday hiatus featured the POTUS in the ICU and the fixer team in crisis mode. The next episode can’t come fast enough.

The Good Wife – Although I’ve been writing about this show for a few years I can’t reiterate the intelligence and creativity that goes into it. Like the other two shows, political scandal is definitely a huge theme in this one as well and the level of secrecy that goes on behind closed doors runs deep. All the actors bring their A-Game and their plot lines are terrific with the exception of Kalinda who has officially moved to Weirdo Island. My favorite characters are definitely Eli Gold and Alicia’s brother Owen as their biting dialogue makes the whole show worth watching. Hysterical, intellectual and sarcastic perfection. Bring on the 2013 episodes!

Do yourself a favor and catch up on these shows before the next episode begin later this month!