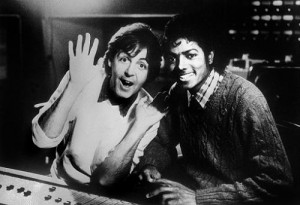 While it is no secret that the music business isn’t what it used to be it looks like a new law might be shaking things up a bit in the next few years.  Thanks to a stipulation in the U.S. Copyright Law, musicians may be able to gain control of the master tapes of their albums which is great news for the artists but horrifying news for the record companies that have made millions from these albums over the years.

In 1976, the U.S. Copyright Law was amended to give artists the chance to regain the rights to their work after 35 years. The first group of albums, those created on or after January 1, 1978, become eligible for so-called “termination rights” from the record companies in 2013.  Examples of these albums include Bruce Springsteen’s Darkness on the Edge of Town, Billy Joel’s 52nd Street and Bob Dylan’s Street-Legal.

A few artists have already filed paperwork for these termination rights while others are still working on it including the Eagles.  The band’s singer and drummer, Don Henley, who founded the artists’ advocacy group called Recording Artists Coalition, says that the time has come for musicians to have control of their material.

“It’s very simple,” Henley said. “We created these records, we paid for them. I want to pass those things along to my children. It’s part of their heritage.”

Although Henley makes a fair point I think musicians getting the rights to their catalog is going to be a long road.  As we all know, the music business in 2011 is a completely different animal than it was in the late 1970s thanks to Napster and iTunes.  Record labels are no longer the big guns they used to be, record stores have become obsolete and records are no longer commodities.  Because most of the population buys their music online there is less money to be made and more people trying to get a piece of a smaller pie.   Do I think artists should have the rights to their own music?  Yes, but I think it’s more complicated than it sounds and I think this new law might prove to be more trouble than it’s worth.

Also, there’s the argument that artists should have been more careful about their music rights from the beginning.  If the Beatles had put a little thought into any of this, the Michael Jackson estate wouldn’t own the rights to virtually their entire catalog.  A little background:

Co-owned by The Michael Jackson Family Trust and Sony, Sony/ATV Music Publishing is a music publishing company that was originally founded as Associated TeleVision (ATV) in 1955 by Lew Grade.  In 1957, ATV acquired Pye Records as a wholly owned subsidiary. At the time, Pye Records was one of the three major record companies in the UK and, along with EMI and Decca Records, accounted for the vast majority of music records sold in the country.  ATV Music Publishing and Pye Records were at the forefront of the British music explosion in the 1960s. The businesses held contracts with several US companies, allowing them to manufacture and distribute records in the UK.  In 1968, ATV Music Publishing and Grade acquired the rights to the Lennon/McCartney song catalogue, Northern Songs, which featured nearly every song written by John Lennon and Paul McCartney until The Beatles’ split in 1970.

Grade’s fortune began to dwindle as the 1980s approached and by the mid-1980s, ATV Music Publishing and Pye Records were both up for sale. The companies were bought by Australian businessman Robert Holmes à Court, who disposed of them quickly and in doing so, made a ton of money. The companies were snapped up by Michael Jackson who bought them for $47.5 million in 1985.

Although McCartney apparently told Jackson about the importance of owning publishing, he did not enter bidding when his catalog came up for sale in 1984.  McCartney had also let an offer to buy the ATV catalog for £20 million fall through in 1981.

It will be interesting to see how all of this pans out and who ends up winning in the end.  Because record labels have become extremely reliant on back-catalog sales, my guess is that they will put up a fight.  On the other hand, artists who still record for their original labels may refrain from filing for termination for fear of ruining the relationship. Either way this is going to be a battle but Henley seems to be ready for the challenge:

“Having dealt with record companies for over 40 years, I know nothing’s easy with them. But it would mean a great deal to us and our heirs. The future ain’t what it used to be, as someone once said.”