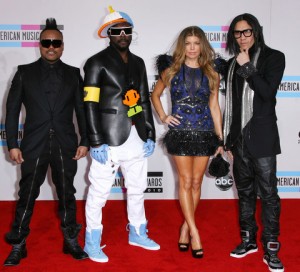 Everyone watches the Super Bowl for different reasons and only one of them has to do with football.  Obviously if your team is competing then of course the game is a really big deal.  For the rest of us, it’s all about the commercials and the halftime show.  So let’s start with the commercials.  I was happy to see that music was a big theme in this year’s commercials and of course I always appreciate the clever ones as well.  These were my favorites:

1)      Budweiser:  I always look forward to Budweiser commercials because I love the Clydesdales!  This year didn’t disappoint with the commercial taking place in a western saloon with an angry cowboy who becomes a very happy cowboy when he gets his Bud.  He is so happy, in fact, that he breaks into song – Elton John’s “Tiny Dancer” – and the rest of the bar sings along with him.  A nod to the bus scene in Almost Famous?  Either way, it was my favorite commercial of the Super Bowl.

2)      Volkswagen: Coming in a VERY close second, the commercial with the little kid dressed as Darth Vader was awesome.  After unsuccessfully trying to perform a Jedi mind trick on a dog and a baby doll, he is “successful” when he tries it on his Dad’s car.  A.k.a. His father’s car has a remote start.  The kid’s body language is hysterical – he is so startled and excited that his trick worked that he doesn’t know what to do with himself.  The look on the father’s face is priceless as well.

3)      Car Max: “I feel like a kid in a candy store…like a mermaid at a swim meet… like an acrobat in a mattress store…like a hippie in a drum circle.”

4)      Mercedes Benz: Any commercial that starts with Janis Joplin singing “Oh lord won’t you buy me a Mercedes Benz….” is bound to be great.  And it was.  Seeing all the different makes and models was very cool and seeing Puff Daddy (Diddy? Dirty Money?) get his car stolen was the perfect ending.

5)      NFL: Loved the montage of characters from some of the most iconic television shows in history getting ready to watch some football: The Simpsons, 90210, Seinfeld, Friends, Happy Days, Cheers, etc.  At the risk of sounding cheesy it was like seeing a montage of old friends.

6)      Chrysler: The homage to the city of Detroit was full of hope and surprisingly, Eminem.  I found myself, if only for 30 seconds, cheering for the city’s comeback.  Somewhere Kid Rock and Bob Seeger were raising their glasses.

Ok, onto the halftime show.  After reading the mixed reactions on Facebook, clearly not everyone loved the Black Eyed Peas.   But I found positives and negatives to the performance:

-SLASH!!!!!!!! The notorious Guns N Roses guitarist is ALWAYS a welcomed musical guest and I sure as hell wasn’t expecting to see him appear on my television screen.  I loved his glitter glam top hat and seeing him play the iconic “Sweet Child O’ Mine” guitar solo was amazing.  Fergie – you are a lucky girl!

-The choreography was visually pleasing and all those lights with all those people looked very cool.  I can’t imagine the amount of time it took to practice and put all of that together but they did it.

-Even though I’m not a fan, surprise guest Usher was fun – seeing him jump over Will.i.am and land in a split was also pretty impressive.

What was NOT so good:

-The group sounded terrible and the live auto-tune voice was not helping at all.

-Even though the number of hits Black Eyed Peas has is notable, their songs might as well all be called “In Da Club” because that’s the only place they are appropriate.

-The only people I know in that group are Fergie and Will.i.am so when the other two members sang it reminded me why they aren’t famous.

Clearly the Super Bowl is going to be the topic of conversation tomorrow so please share your thoughts and opinions with me!