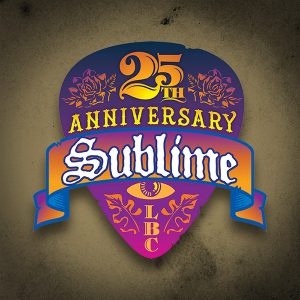 Has a quarter century really gone by since Sublime released their official debut album 40oz. to Freedom? Yes, it sure has. Although their first cassette EP, Jah Won’t Pay the Bills, hit the streets in 1991, 40oz. was their first legit album released by Skunk Records and again by MCA. Although it initially received mixed reviews, the album has become a favorite among punk, reggae, and rock fans as it has sold two million copies in the United States as of 2011. Additionally, with songs like “Don’t Push,” “5446 That’s My Number,” “Badfish,” Scarlet Begonias,” and “Rivers of Babylon,” 40oz. to Freedom is one of the best-selling independently released albums of all time.

As most Sublime fans know, lead singer Bradley Nowell passed away before he could enjoy mainstream success which came with their self-titled 1996 album. Despite the fact that the band has a limited catalog, their records have made and continue to make an enormous impression. Even though I’ve been a fan since the 90s, I find the longevity of their popularity amazing considering the band’s sound and overall demeanor is so embedded in southern California culture. As a kid living in Miami, I remember seeing the video for “What I Got” a million times on MTV and thinking that any band that earns that kind of heavy rotation is something special.

Now, 25 years later, Sublime is celebrating their history with a reissue of 1995’s Badfish EP, which will be available on vinyl for the first time in celebration of Record Store Day on April 22. Fans can also expect a pair of films including an authorized documentary that will tell the “real story” of Sublime with the help of surviving members Bud Gaugh and Eric Wilson, along with the Nowell estate. Lastly, the Sublime estate has collaborated with San Diego-based AleSmith Brewing Company to create a Mexican-style lager called “40oz. to Freedom.” Slated to be bottled in 40-ounce containers, the limited-edition beer will be sold through the brewery and eventually distributed annually in six-packs of 12-ounce cans.

Although some of the 25th anniversary swag seems a little bit excessive, the longevity of this Long Beach trio is pretty incredible. Their ability to combine rock, punk, and reggae in a way that’s approachable for people around the globe is something that no other band has really been able to harness in the same way in terms of both sound and lyrics. Additionally, the band has spawned two major tribute bands that have been touring for many years aptly called “Badfish: A Tribe to Sublime” and “40 Ounces to Freedom.” But even bigger than those two tribute bands is “Sublime with Rome” which is a collaboration between Wilson and singer/guitarist Rome Ramirez. Wilson and Ramirez have been touring together since 2009 and this summer they will be on the road with The Offspring through the end of September.

I’ll be playing a few Sublime favorites on the radio tomorrow to celebrate the type of endurance most bands only dream of regardless of the genre. Congratulations to the California punk trio that made music so authentic it was impossible to ignore.