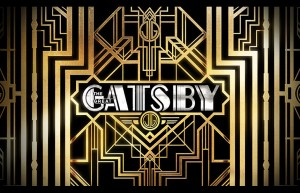 Before CDs became obsolete when iTunes was invented in 2001, soundtracks were kind of a big deal. Why? Because during a time when we did not yet have the technology to make our own mix CDs, soundtracks (or compilation discs), were the only way to hear a variety of artists on one disc. If you wanted to choose your own artists you’d have to make a mix tape (pause for nostalgic sigh).

This Friday, the highly-anticipated Leonardo DiCaprio-starring film The Great Gatsby will be released at a theater near you. While the movie itself has already gained a great deal of hype due to the big names (Carey Mulligan and Tobey Maguire complete the trifecta) and the fact that F. Scott Fitzgerald’s novel is an iconic piece of American literature, what’s surprising is how much hype the soundtrack is getting. Why? Check out a few of the heavy-hitters who contributed: Jay-Z, Beyonce and Andre 3000 covering Amy Winehouse’s “Back To Black,” will.i.am, Florence + The Machine, Lana Del Rey, Gotye, Kanye West and Jack White, just to name a few.

How the hell did this happen? How did Gatsby garner such big music industry names and since when do these big names care about being on a soundtrack? Released today in retail stores and on iTunes, it will be interesting to see how many units the album sells or if people will just buy specific tracks instead.

In the meantime, here’s a trip down soundtrack memory lane…

The five top-selling soundtracks of all time:

2) Titanic – Released in November 1997 and riding the wave of the film’s success, the soundtrack shot to the top of the charts and sold over 30 million copies. It is also the highest-selling primarily orchestral soundtrack ever and gave Celine Dion her best-selling single ever – “My Heart Will Go On.”

3) Purple Rain – Published in July 2008, Entertainment Weekly’s 1,000th issue listed the album at number one on their list of the top 100 best albums of the past 25 years. It has gone platinum 13 times, features two number-one songs and has sold over 20 million copies worldwide.

4) Saturday Night Fever – Certified 15 times platinum, the album has been added to the National Recording Registry in the Library of Congress. It stayed atop the album charts for 24 straight weeks from January to July 1978 and stayed on Billboard‘s album charts for 120 weeks until March 1980.

-Two of these soundtracks (The Bodyguard and Purple Rain) feature singers that were also actors in the movie. Does that make a difference in their success?
–Titanic’s soundtrack was a big deal because the movie was an enormous hit – in fact it is the second-highest grossing film of all time with a worldwide total of over $2 billion. Yes, billion with a “b.” As a result, people rushed out to buy the soundtrack because they wanted to own the Celine Dion song. In fact I remember working in the music stores and dealing with a perpetual line out of the door because of this album.
-Will the Gatsby soundtrack make money even if the movie sucks?
-This soundtrack features arguably two of the biggest names in music right now – Jay-Z and Beyonce. With such popular singers featured on the album will customers view it as a “collection” of songs or just buy the ones they like by the artists they like?