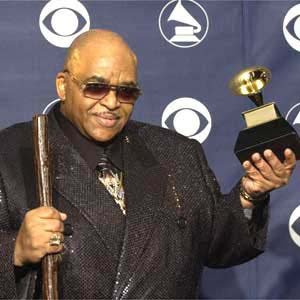 Unfortunately 10/10/10 will be sadly remembered as the day we lost another music legend. Solomon Burke, a pioneer in rock and R & B died unexpectedly today on an airplane when it arrived at an airport in Amsterdam. He was 70 years old. While the name Solomon Burke may not be instantly familiar, you know his music.

After Ahmet Ertegun signed Burke to Atlantic Records his career took off. His shows were raucous R&B revues, as he sang in a pink robe and gold crown. Atlantic producer Jerry Wexler called Burke “the best soul singer of all time.”

Classic songs you’ve heard and should download if you haven’t already:

Burke made his last record for Atlantic in 1968, but his hits had staying power and pop culture appeal. Just to name a few: John Belushi and Dan Akroyd performed “Everybody Needs Somebody to Love” in The Blues Brothers in 1980, Patrick Swayze sang “Cry to Me” to Jennifer Grey in Dirty Dancing in 1987 and Peter Gallagher performed “Don’t Give Up On Me” on an episode of The O.C. in 2005.

Known as “The King of Rock and Soul,” Burke has been covered by artists including Otis Redding, Bruce Springsteen, and the Rolling Stones. Burke was inducted into the Rock and Roll Hall of Fame in 2001 and won his first Grammy in 2003 for Don’t Give Up on Me, on which he covered Bob Dylan, Brian Wilson and Van Morrison. In recent years, he performed on a throne with a massive band.

He left behind 21 children, 90 grandchildren and 19 great-grandchildren, many of whom toured with him and pursued music careers of their own.

His final album, Hold On Tight, is due to be released later this month.

Burke was flying to Amsterdam because he was scheduled to perform a sellout show on Tuesday. Even at 70 years old he was still showing audiences what it meant to be the King of Rock and Soul.