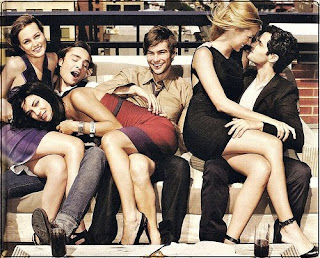 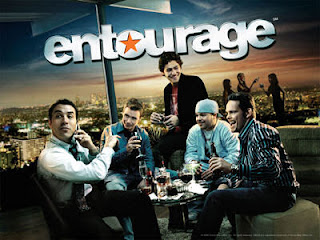 Finales and premieres can say a lot about our favorite television shows. As summer comes to and end so do some of the shows I enjoy the most such as the Mark Wahlberg produced Entourage which went out with a bang in anticipation of its final season that will air next summer.

This season I saw my favorite male HBO foursome grow up while the movie star who got them where they are started to crash and burn. After so many seasons of watching Vincent Chase coast through life without any issues or consequences it’s actually nice to see him hit a few speed bumps. It makes him more human. He finally found a girl that he wants to be with but she’s a porn star who parties hard and is one of the first people in awhile who doesn’t need him. As a result he picked up a drug problem along with a serious attitude problem, neither of which he thinks he has. He also delivered one of the most honest lines of the series: “I know you all need me but I’ll call you if I need any of you.” Finally the truth comes out.

Just as Entourage ended Gossip Girl began and that also means that the fall shows are back. My favorite Upper East Side kings and queens are sure to bring the drama and make us jealous of their lives. As much as some of these characters make me want to reconsider NYC as part of America there are others who make me believe that television shows about rich kids can still be entertaining. High school turns to college and college turns into life. We’ll see where it all leads.

A Few Notes On An Explosive Finale:

-Johnny Drama finally becomes a character we can relate to
-Vince Chase embraces the cliché celebrity we have been waiting for
-Eric has to deal with a wicked father-in-law who brings out his fangs
-Turtle’s lame tequila story line is still boring but as a character he is less annoying
-As shocking as it is, Billy Walsh is still the voice of reason
-Eminem was the guest star and gets called out by Vince for being too mainstream to fight his own fights
-Ari’s wife leaves him after years of arguing and frustration

A Few Notes On The Premiere We’ve Been Waiting For:

-Featuring a play by play of Paris the City Of Light has never had better P.R.
–Melrose Place’s former bad girl Katie Cassidy is a welcomed new addition
-Chuck is still alive – which is equivalent to saving the series
-Blair is finally honest with Serena but I’m honestly over their frienemy bullshit
-Nate is whoring it up but isn’t afraid to admit it
-Dan Humphrey is a father and the mother might just be one of the most evil antagonists on television…we’ll see how long she stays around
-So glad that Jenny is gone for good – I was so over the scheming, along with her bleach blonde Rapunzel hair and raccoon eye makeup