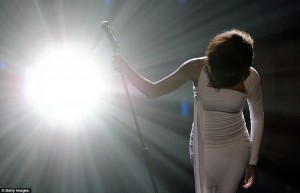 Yesterday the official announcement was made about Whitney Houston’s cause of death and the toxicology results will come as a shock to no one.

According to an initial report from the L.A. County Coroner, Houston’s official cause of death was accidental drowning, but a heart condition and cocaine use were also contributing factors.

The autopsy report revealed that Houston suffered from atherosclerotic heart disease, or a hardening of the arteries. The amount of cocaine found in her system will not be made public until the coroner’s final report is released in two weeks.

Although Marijuana, Xanax, Benadryl and the muscle relaxant Flexeril were also found in Houston’s system the report states that those drugs did not contribute to her death.

“We are saddened to learn of the toxicology results, although we are glad to now have closure,” said Patricia Houston, the singer’s sister-in-law and former manager.

I don’t need to go into how many talented entertainers have lost their lives to addiction (Chris Farley, Michael Jackson, Heath Ledger, Amy Winehouse, etc.) but it feel likes it’s happening more and more these days. It’s almost getting to the point where we expect this from singers and actors which is a shame because the tragedies end up overshadowing the arsenal of talent.

I’m over the Behind the Music/True Hollywood Story endings. Stop wasting your gifts and get some help – we can’t afford to be losing any more of the people who are so good at what they do.