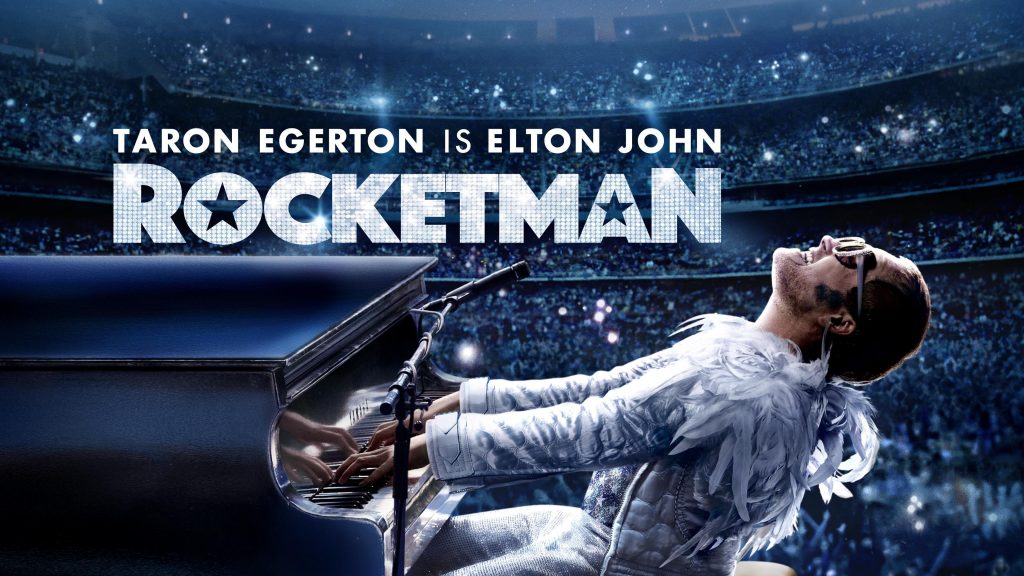 I was planning to see Rocketman back in May but then our son was born two weeks early (YEAH!) so watching the Elton John biopic had to be postponed until last week. Although the comparisons to Bohemian Rhapsody were inevitable, what I heard from most people was that Rocketman was very different because it was more fantasy and not a straightforward biopic. While that’s true to a degree, as Rocketman is a biographical musical film and not a biographical drama, it’s not a musical in the annoying way that features people breaking into song every five minutes. In this case, the music is weaved in appropriate, spaced out sections, and is gorgeously shot. What is similar is that both movies are about wildly talented and extravagant performers with serious demons.

Speaking of demons, I love how the first scene of the movie makes the audience think that John, clad in an over-the-top red and orange devil outfit, is getting ready to go on stage when in fact the doors he’s charging through are those of a rehab center. It’s a clever beginning to the film that enraptured me for the full 121 minutes.

Similar to the way Rami Malik became Freddie Mercury, Taron Egerton became Elton John – it was amazing. Like Malik, Egerton disappeared into the role in a way that made me forget that I wasn’t actually watching Elton John. Also, my favorite relationship in Rhapsody was the marriage turned lifelong platonic friendship between Mercury and Mary Austin and in Rocketman, it was the platonic friendship between John and longtime songwriting partner Bernie Taupin. It was one of my favorite aspects of the film because it demonstrated how some people get under your skin in stay there – in the best way possible.

Conversely, John’s parents were fucking monsters. There is no other way to say it. They were despicable, horrible humans who did nothing to support their son’s obvious musical genius. They are the reason John turned to drugs and continually lashed out at the people around him. Like every human, he wanted to be loved and his own parents wouldn’t give that to him. While that may sound corny, in a time when suicide is rampant and school shootings are all over the news, it’s hard to ignore the power of a person feeling wanted, needed, and loved.

In terms of timeframe, I liked that the movie began with early childhood and ended in the 1990s when John decided it was time to get a grip. The film didn’t cover up any of his addictions and the way he treated people who refused to be “yes” men. I assume that was quite the humbling experience – especially for someone who has been sober for almost three decades.

When it comes to rock and roll biopics, people usually want to talk about accuracy in terms of when certain songs were released and who they were written about. Usually that would be something I care about but the point of these movies is to tell unique stories. And that’s exactly what happened here. Whether “Tiny Dancer” was written before or after John performed at the Troubadour is completely inconsequential. What matters is that the audience gains a clear understanding of who John was and is and why he is such an important part of music history and Rocketman definitely achieves that.