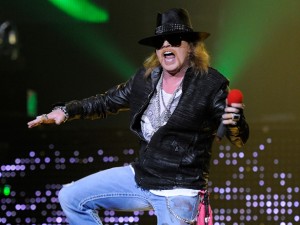 Remember the days when music gigs happened in dives, dark bars and tiny clubs? Well those days are making a comeback thanks to two of my favorite bands: Van Halen and Guns N Roses. This month Van Halen played a show at New York’s iconic Café Wha? and Guns just announced a mini six-date club tour to coincide with NYC’s Fashion Week. How awesome is that?!

(Personal side note: I’ve been to Café Wha? with my cousin Tara! She took me in 2002 because Jimi Hendrix used to play there and she knows how much I love me some Jimi. Thanks Tara for making me cool at 18 years old!)

According to reports, the objective of the Café Wha? show was to prove that Van Halen is alive and amicable for an arena tour that starts on February 18 in Louisville, Kentucky which follows the February 7 release of their new album, A Different Kind of Truth.

Although the group as done pervious reunions with David Lee Roth (i.e. their amazing 2008 tour) Truth will be Van Halen’s first full album with Roth as lead singer since the band fired him in 1985.

In addition to Café Wha? being a famous venue back in the 60s, the club was once owned by Manny Roth, David Lee’s uncle. The 11-song set started featured favorites such as “You Really Got Me,” “Panama,” “Runnin’ With The Devil,” “Hot For Teacher” and “Ain’t Talkin’ ‘Bout Love,” among others.

How I wish I could have been there!

Next up is Guns! Since they skipped NYC during their extensive 2011 U.S. tour, they’re making up for it this February by playing three clubs around the city. Timed to accompany Fashion Week, the mini tour will include stops at Roseland Ballroom, Webster Hall and Terminal 5. The club tour will continue in mid-February with stops in Chicago, Atlantic City and Silver Spring, Maryland.

The band last played Webster Hall in 1988 for a historic gig that was taped for MTV. The venue was called the Ritz back then and to celebrate the return of Guns N Roses the club will rename itself the Ritz when the band plays on February 15. 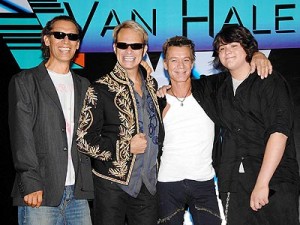 If you’re living in any of these cities please go to one of these shows for me! If December’s Colorado show was any indication you will not be disappointed!