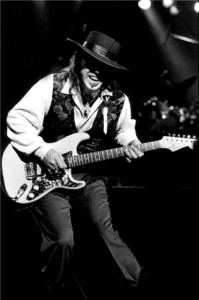 It’s that time of year again! At the end of this month the Rock & Roll Hall of Fame will announce the list of 2013 nominees and I can’t wait to find out who they choose.

Here is a list of some of the most interesting and notable candidates who are eligible for the first time this year:

DJ Jazzy Jeff & the Fresh Prince – Fun for sure but are they really rock & roll?
George Michael
Goo Goo Dolls – Has it really been 25 years?
Henry Rollins
Jane’s Addiction – Yes! So good live!
N.W.A – I would love to hear Dr. Dre and Ice Cube’s acceptance speeches!
Patsy Cline
Public Enemy – And I would also love to hear what Chuck D and Flavor Flav say on stage!
Sinead O’Connor

You’re not going to believe this list of artists who have been previously nominated but have never made it on the ballot:

Cheap Trick
Deep Purple – Who doesn’t recognize the first few riffs of “Smoke on the Water”?
Donna Summer
Heart
Joan Jett and the Blackhearts – She has a song called “I Love Rock & Roll” for crying out loud!!!
KISS – Seriously? Have you seen these guys live?!
Pat Benatar
Stevie Ray Vaughan – Are you kidding me with this one??? He’s one of the greatest rock & roll guitarists of all time!!!
The Guess Who
War
Willie Nelson – A little more country than rock & roll but come on! This guy is a legend.