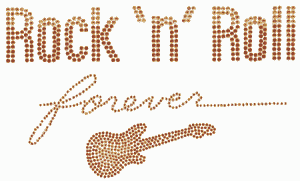 Let’s give a standing ovation to the following rock and roll bands that have been making excellent (and in some cases Grammy-winning) new music:

Foo Fighters – At this year’s Grammys Dave Grohl and his band of awesome won five of the six awards they were nominated for including Best Rock Album (Wasting Light) Best Rock Performance and Best Rock Song (“Walk”). They also put on not one but two guitar shredding performances that reminded everyone why rock and roll will survive.

Black Keys – I’ve been a fan since 2004’s Rubber Factory but in the last few years this twosome has been making really great music. In 2011 the Keys won Grammys for Best Rock Performance by a Duo or Group for “Tighten Up” and Best Alternative Music Album for Brothers. Meanwhile, “Little Black Submarines” from their most recent album El Camino proves that when artists listen to Led Zeppelin the possibilities are endless.

Van Halen – They released their first new album with David Lee Roth in 27 years! And it’s good! For all the haters out there who think Diamond Dave and Eddie VH are too old to be putting out killer new music think again. Check out “She’s the Woman,” “Bullethead,” “The Trouble with Never” and “Stay Frosty” from A Different Kind Of Truth. You won’t be disappointed.

Axl Rose – Back on tour and putting on epic, three-hour shows while leaving the drama at the door. Welcome back Axl! We missed your snarls, screams and cowboy boots. You are without a doubt one of the best rock and roll front men I’ve ever seen.

A big thank you to all of these guys for making new music and going on tour to showcase their loud guitars and colossal voices. As much as I love listening to the old stuff it’s also nice to have new music that is worth turning up to 11.