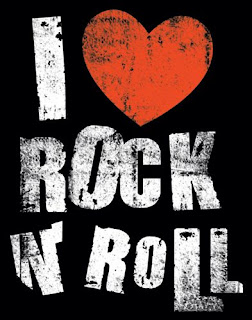 A few days ago the Rock and Roll Hall of Fame released its 2011 nominees and the list, as per usual, is very eclectic. While some deserve to be nominated (Alice Cooper, the Beastie Boys and Bon Jovi, etc.) there were some questionable choices as well (i.e. Donna Summer for crying out loud). Anyway, here they are:

Alice Cooper – Love him, his eye makeup and the fact that his a self-proclaimed rock and roll villain.
Beastie Boys – With their rock and roll infused rap verses, they are truly pioneers of hip-hop and music as a whole.
Bon Jovi – While many haters think they are just 80s metal has-beens Bon Jovi’s legacy goes much deeper and, as their recent country album proves, much more versatile.
Chic– Dance/pop/disco all sounds the same…not impressed.
Neil Diamond – Who doesn’t love “Sweet Caroline”?!
Donovan – Remember the song “Mellow Yellow”? Yeah, that about sums it up.
Dr. John – Funky southern music that makes you want to hang out on a porch somewhere in New Orleans and drink whiskey.
J. Geils Band – Best known for movie montage favorites like “Centerfold” and “Love Stinks,” this unique band has been hard to ignore for years.
LL Cool J – Although those initials make me bias LL Cool J really is a rapper for all audiences.
Darlene Love – Really? Was she nominated for all those Christmas albums she released?
Laura Nyro – A huge voice that’s been holding up for decades.
Donna Summer – I’ve never been a fan of disco and although there are plenty of people out there nostalgic for her songs I am not one of them.
Joe Tex – With his James Brown-esque sound and funk 2011 may just be his year.
Tom Waits – That low baritone with a razor sharp edge gives me the Johnny Cash chills but I’m not sure if he’ll make the cut this year.
Chuck Willis – A mix of doo woop and R & B, Willis’ voice is why we miss music from the 1950s.

Also, as always, there were a few acts that had been mentioned as potential nominees but will have to wait till next year:

Joan Jett – She’s responsible for some of my favorite lyrics of all time: “I love rock and roll so put another dime in the juke box baby.” When will it be her turn?!
KISS – A shocking oversight considering their massive fan base and sound.
Rush – So many geeks love this band but I’ll take a pass.
T. Rex – One of those 1970s bands that were the epitome of rock and roll. There time could be just around the corner.
The Smiths – “Please, please, please, let me get what I want” has never been so appropriate.

Artists become eligible for the Rock Hall ballot 25 years after the release of their first single or album, so there is clearly a long wait to begin with. As a result, those who feel that they were snubbed and have been around for many decades probably feel as though they’ve been waiting centuries. The final list of 2011 inductees will be announced in December, and the induction ceremony — the Hall’s 26th annual event – will be held March 14, 2011 at Manhattan’s Waldorf Astoria.