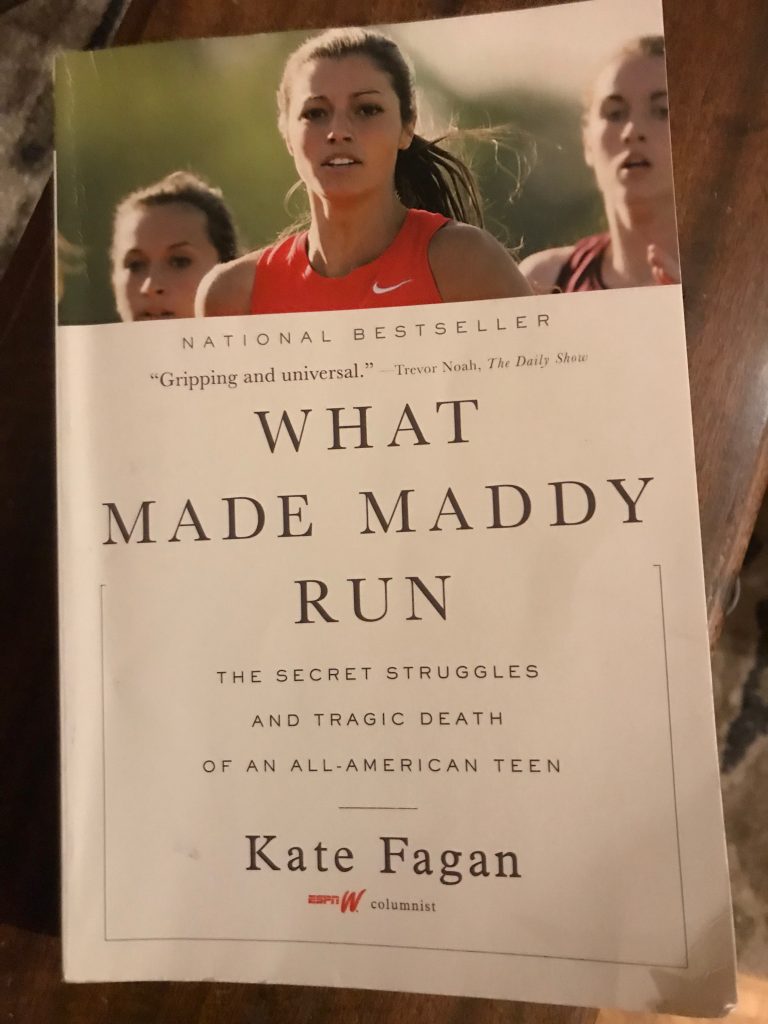 Some stories, no matter how tragic, need to be told. As a journalist, I understand the responsibility that goes with telling someone’s story in the most respectful, truthful, and interesting way possible. It can be rough but also cathartic for the people who are involved, or in Madison Holleran’s case, those left behind.

In 2015, ESPN The Magazine published an article called “Split Image” which was written by Kate Fagan. Last year I read that article and it was as tragic as it was captivating. It told the story of Holleran, a 19-year-old University of Pennsylvania track runner, who took her own life by jumping off a building – horrifying information that is learned by the reader on the very first page. The reader also learns that the pressures of being a collegiate athlete were part of the problem and that social media – specifically Instagram – painted a much different picture of Holleran’s life than what was really going on with her.

After reading the article last year, I remember thinking that the story would make an interesting book. I was then quickly told that Fagan, like Jon Krakauer with his original Outside Magazine article that became Into The Wild, turned “Split Image” into a book called What Made Maddy Run. While social media clearly wasn’t invented when Krakauer’s “Death of an Innocent” was published, I assume that people were just as shocked by Chris McCandless’s death as they were by Holleran’s death. Consequently, over the years, there has been much debate about whether or not McCandless’s wilderness adventure was a suicide mission (I don’t think it was) but there is no question about Holleran. She left a note. And gifts for her family. And took a running leap off a building because she saw no other way out. It is horrifying.

In the forward, written by ESPN The Magazine and espnW Editor in Chief Alison Overholt, the following statement hits home: “Great narrative journalism has long been about helping us to understand universal truths of the world by grounding big ideas in the stories of real people. I believe that the way we tell these stories can very literally change the way we experience the world.” No truer words.

There is much to be discussed about this book – especially since I took a ton of notes because we are teaching it to our students – but here are a few of my most significant takeaways:

Clearly social media plays an enormous role in Holleran’s story – especially the issue of people literally and figuratively filtering their lives via photos. One of the most significant social media issues to keep in mind is reality versus imagery but at the same time I strongly feel that social media is not a place for dirty laundry. In short, it’s a double-edged sword. Fagan provides plenty of commentary on the subject but many of her sources were found on social media which led (I assume) to lucrative speaking engagements at various colleges she discusses in the book. She also lists both her Instagram and Twitter handles on the back cover  – but there is no mention of Facebook.

That being said I feel that Fagan is very transparent: “Sometimes it feels much easier to live in that reality than in the one where I am always flawed and challenged, and occasionally sad.” But again, What Made Maddy Run is as much a commentary on mental health as it is a commentary on social media. The author adds, “One of the trickiest parts of social media is recognizing that everyone is doing the same thing you’re doing: presenting their best self. Everyone is now a brand, and all of digital life is a fashion magazine.”

As a PR professional, the idea of everyone being a brand is both interesting and alarming. On page 142, Fagan mentions that positive reactions from social media is like getting a hit of dopamine which reminds me of Jaron Lanier (author of the other book we’re teaching this semester called 10 Arguments For Deleting Your Social Media Accounts…) quoting Sean Parker – the first president of Facebook: “We need to sort of give you a little dopamine hit every once in a while, because someone liked or commented on a photo or post of whatever…you’re exploiting a vulnerability in human psychology…”

But once again, demonstrating her journalistic integrity, Fagan provides another interesting point: “Of course there’s nothing radical about presenting editing versions of ourselves, which we’ve always done…self-editing began at the beginning. The only difference now is the volume of one another’s edited lives we consume.”

Twelve days before Holleran ended her life, a friend sent her a link to an article called “Ivy League Quitters: The Cost of Being an Ivy Athlete.” Like those of us who self-edit, Holleran was not the first (and unfortunately will most likely not be the last) to feel the way she did about college sports. But it didn’t matter. Sports were always a huge part of her identity and it was a hard to let that go. There was also the mentality of perfection – and as the late preacher Maurice Boys so poignantly said: “Notice how closes perfection is to despair.” By including this quote in her book, Fagan point outs that there are a lot of fine lines being walked by people who suffer from mental illness.

As I’m writing this, it has come to my attention – via social media of course – that next week is Suicide Awareness Week. Hopefully social media platforms do actually help spread awareness about this issue. I can’t possibly imagine what it was (and continues to be) like for the people close to Holleran to find out that they were too late to help someone they didn’t know needed help.