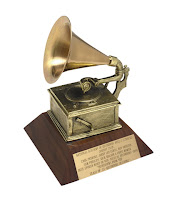 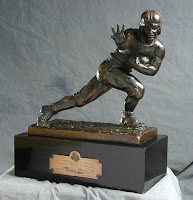 Giving awards back/having awards taken away is never easy. Just as 80s/90s “pop group” Milli Vanilli who had to give back their 1990 Best New Artist Grammy Award when it was embarrassingly revealed on live television that Fab Morvan and Rob Pilatus were lip syncing. Not only was their secret out but they became the biggest joke in the music business. In addition to their Grammy Award being taken away, Arista Records dropped the act from its roster and deleted their album and its masters from their catalog, taking their hit single, “Girl You Know It’s True,” out of print. Don’t mess with Clive Davis. After these details emerged, at least 26 different lawsuits were filed under various U.S. consumer fraud protection laws against Pilatus, Morvan and Arista Records.

Apparently this kind of scandal doesn’t just happen in the music business – it happens in sports too. Yesterday, former USC All-American and current member of the New Orleans Saints Reggie Bush gave back his Heisman Trophy which was awarded to him in 2005. Since there was already talk of the NCAA taking the trophy away from him he saved himself some dignity and returned it on his own. All the controversy stems from the NCAA’s determination that Bush committed multiple violations during his 2005 Heisman-winning season at USC, including accepting cash, gifts and other benefits.

The fact that they are taking this trophy away from him is ridiculous. If anyone thinks that Bush is the only collegiate athlete that has gotten special treatment they are outside of their minds. He was just a big time college football player who put up big numbers, got a lot of attention and got caught. It seems to me that the NCAA was looking to make an example out of someone and unfortunately Bush was the one who took the fall. What’s even worse is that taking away this trophy will now be the first thing that comes to peoples’ minds when they hear the name Reggie Bush. He has officially pulled an O.J. Simpson in that people now associate Simpson’s name with murder and it’s as if all his athletic accomplishments are erased. Clearly what Bush did is not even close to being in the same vicinity as murder but being the first Heisman Trophy winner in history to give back his award is still something that he will never live down. And that’s a shame.