Anyone who lives in the Vail Valley knows that those who work seasonal jobs experience two shoulder seasons: mid-April until Memorial Day Weekend and the first week of October until Vail and Beaver Creek mountains open. Those who have significant others that get some well-deserved time off during the two off-seasons will appreciate this fictional review about a fictional television show. I know I’d watch it! 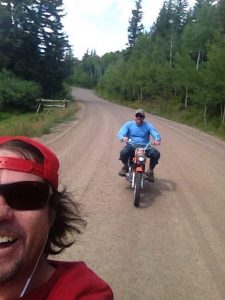 In its third season, the Real Househusbands of Eagle County has hit its stride. What started as a limited series became such a fan favorite that the Vail Valley Television Network added episodes due to the two charismatic househusbands played by Mark Wechsler and Brian Fleming. The original premise of the show was to feature two longtime Vail Valley locals switching roles with their significant others. What makes the show unique is the two househusbands doing all the errands and chores together, lists in hand. Both Wechsler and Fleming go to the grocery store, the pet store, the pharmacy, etc., meticulously cross things off their lists, and then venture outdoors to fly fish, snowboard, and hang out with Fleming’s pup Sedona. 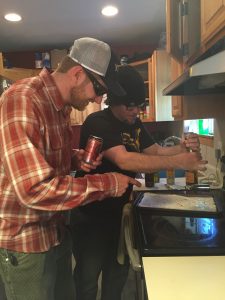 Although the Real Househusbands concept loosely stems from the Real Housewives reality television show/soap opera, this show is a about two friends doing things for their significant others – it’s not about being bored and wealthy. While the Housewives women complain about situations that make them sound like spoiled brats, these men, who have been friends for over 20 years, are shown hanging out, bantering back and forth, and participating in outdoor activities they enjoy while getting things done for their better halves.

The whole show works because of Wechsler and Fleming’s dynamic with each other and their significant others. Bottom line – these people are witty, fun, and live in a place that provides a gorgeous backdrop. While the various Housewives seasons take place in cities like Orange County, Atlanta, Dallas, and Miami, Househusbands is set in a beautiful but small resort town that depicts an outdoorsy lifestyle revolving around snowboarding, fishing, and hiking rather than shopping, jewelry, and sports cars. 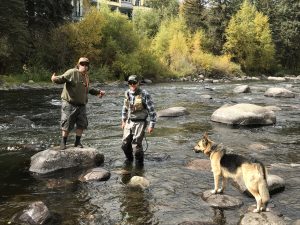 Another aspect that sets this show apart is the fact that resort towns have shoulder seasons which provide people like Wechsler and Fleming, whose work heavily relies on the high seasons of winter and summer, more free time in the spring and the fall. Conversely, their significant others are in industries that have more year-round consistency. That shift in dynamic is playful, laidback, and extremely entertaining.

Because viewership has continued to increase each season, the Vail Valley Television Network has confirmed that Househusbands will be renewed for another season. Expect more lists, hilarious conversations between Wechsler and Fleming, and even funnier conversations between the two men and Sedona (who is equally sweet and cute). Tune in to channel 7 on Thursday nights to see the duo detail their significant others’ cars, cook delicious dinners, catch rainbow trout, pick up Sedona from daycare, and take a few runs at Beaver Creek.