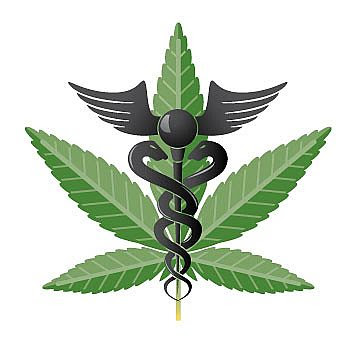 While marijuana has been part of pop culture for many decades, the recent “medical marijuana” surge has changed the way we look at this drug. Whether it’s positive or negative, movies and music have been making references to marijuana for a long time and there really hasn’t been much backlash.

These references even go back as early as 1938 when Reefer Madness made marijuana out to be the death of mankind as it revolves around the tragic events (manslaughter, suicide, attempted rape, etc.) that ensue when high school students are lured by pushers to try “marihuana.” A general descent into madness occurs and the film, which has the characters making crazy faces as the psychedelic colors of smoke swirl around the room, gives the impression that marijuana will end us all.

In more recent years, marijuana has been taken a little bit more lightly in movies like Half Baked, Dazed and Confused, Harold & Kumar Go To White Castle, Up In Smoke and The Big Lebowski, just to name a few. It’s also been used in countless songs such as anything written by Bob Marley, Cypress Hill’s “Hits From The Bong,” Jimi Hendrix’s “Purple Haze,” Sublime’s “Smoke Two Joints” and Afroman’s “Because I Got High.” And the list goes on and on.

On August 1st, more than 2,000 business hopefuls in Colorado applied for various medical marijuana licenses which led me to find out some pretty interesting facts:

-Over 2,000 Colorado businesses including dispensaries, marijuana product makers and marijuana growers have applied for new state medical marijuana licenses
-Those applicants paid more than $7 million in fees, an average of about $3,400 per business

-Approximately 150,000 people have successful applied to the registry this year
-Of that number, 73,000 applicants are in the backlog of applications still being processed and awaiting their official registry card

-The turnaround time for applications was approaching six months

Today I read an article that said 14 states, including Michigan, have legalized marijuana for medical use and that another dozen are considering bills to start medical marijuana programs. Maybe pop culture has a stronger influence than we thought.