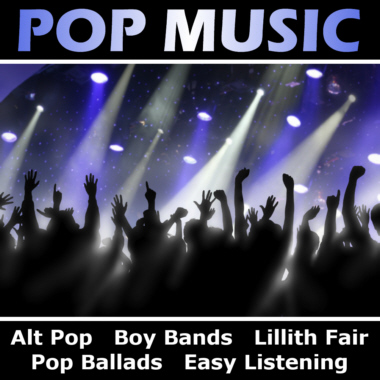 Pop music has officially taken over. Again. Right now on the Billboard Hot 100 Chart Katy Perry, Ke$ha and Lady Gaga are all in the top ten and regardless of the masses being obsessed with Lady Gaga I think all three of them are pushing the same agenda. This morning on VH1’s Jump Start I was in the other room and I thought I heard a Ke$ha song playing and when I looked up at the television I realized that it was in fact Katy Perry.

Although I’d of course rather listen to rock and roll, there is nothing wrong with pop music. In fact there are countless pop acts that I love listening to but I think it’s becoming increasingly difficult to find fewer posers and more talent.

While Christina Aguilera has a huge voice and has turned out great music in the past her most recent album Bionic sounds and looks like a Lady Gaga rip off and not in a good way. The songs and videos focus more on shock value than her voice which is borderline eight octaves. Aguilera does her best when she flexes those vocal muscles in songs like “Fighter” and “Ain’t No Other Man,” not when she is exploiting her sexuality in ways that we’ve already seen.

While Perry has been quoted as saying that her latest hit single “California Gurls” was written as a west coast answer to Jay-Z’s “Empire State Of Mind” I think it sounds like a song that was turned out of some pop music machine lacking creativity but pulling in fans because of its candy-colored theme that features Perry in candy- colored hair and outfits.

Ke$ha’s breakout song was “Tik Tok” but whether music fans realize it or not we first heard her voice as the catchy hook of Flo Rida’s “Right Round.” No question her voice is appealing but I feel like her whole “I’m a party girl and I brush my teeth with Jack Daniels” image is both tired and gimmicky.

And then there is Lady Gaga who I think is a combination of Madonna and Amy Winehouse with her ridiculous outfits and not-so-flattering paparazzi photos. Everyone I talk to seems to love Lady Gaga but the only time I’ve actually been impressed with her was at January’s Grammy Awards when she played piano and sang opposite Elton John. I actually saw a voice and some drive from that performance rather than weird lace and bubble outfits and an inability to wear pants.

Don’t even get me started on Miley Cyrus. I can’t believe that person that a career.

So I guess pop music is currently the land of the ladies which is fine…I just wish that we had some more women who played their instruments and used their voices to their full potential rather than bouncing around with cupcake bras and flashing hearts on their crotches. There is nothing wrong with being creative and different and I think all of these girls have real potential but instead they are relying too much on shiny outfits and bright lights. Give the music-loving public a little bit more credit…we know a good act when we see one.